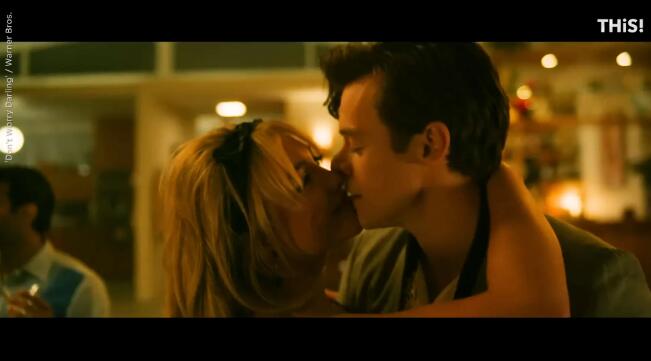 Growing up in a small town in Puerto Rico where he worked as a grocery bagger, the rapper known as Bad Bunny had big dreams about not only making music, but movies.

It’s a scene-stealing appearance that Bad Bunny, 28,  could never have imagined: He plays the Wolf, an assassin trying to kill Brad Pitt’s rival assassin, Ladybug, on a Japanese high-speed train.

“I have always dreamed about making movies and acting,” Bad Bunny told USA TODAY recently before walking the “Bullet Train” pink carpet for his first Hollywood premiere. “But I never, ever had a dream where I was trying to kill Brad Pitt in a movie scene.”

‘Got in trouble for that one’:Brad Pitt reveals his best stunt secrets before ‘Bullet Train’

Cross that off the bucket list for Bad Bunny, who has spent the past seven weeks on the Billboard 200 chart with his latest album, “Un Verano Sin Ti” before kicking off his appropriately named World’s Hottest Tour in Orlando, Florida last month.

After a blink-and-you’ll-miss-it cameo in “F9” and a role as Mexican drug trafficker Kitty Páez in Netflix’s “Narcos: Mexico,” Bad Bunny jumped at the chance to play the revenge-seeking, knife-wielding Wolf. Credited under his real name, Benito Antonio Martínez Ocasio, he utters few words, but shows off impressive stunt fighting with Pitt in their climatic battle.

“It was intense, three weeks of training and fighting, getting ready with a lot of physical exercise and choreography,” says Bad Bunny, who insists neither actor took a hit in the screen battle. “Nobody was damaged. Maybe it was the adrenaline. But I wouldn’t have cared if I had been hurt by Brad Pitt.”

‘To me, a dress is a dress’:Bad Bunny dishes on breaking gender norms through fashion

“He’s an incredibly physical actor, but it was his natural ability to understand choreography which makes it work,” Leitch says. “He took to it quickly.”

Even Pitt was wowed.

“He has all my respect. Bad Bunny jumped in there and rolled with it,” the actor says. “He understood the joke, and it was all just funny. He crushed it.”

Look out for future crushings, because the action roles are stacking up. In April, Bad Bunny was tapped as the first Latino actor to headline a Marvel action movie in “El Muerto” (out in 2024).

Bad Bunny, who made his WWE premiere at a WrestleMania event last year, is honored to play the first major Latino superhero, the wrestler El Muerto.

“People know I’m always working for and representing the Latino community and the Puerto Rican culture with my music. Now it’s the Marvel Universe. It makes me so proud,” says Bad Bunny, who jokes about not hearing from any of his fellow Marvel superheroes. “I’m still waiting for The Hulk to DM me on Twitter.”

To get hulked up for his own role, Bad Bunny will have to fit in time in the training room.

“I need to get bigger and stronger,” Bad Bunny says. “I’ve got to figure out how I’m going to train while I’m doing a world tour. It’s going to be hard.”

There are more roles in the pipeline, he hints.

“You’re going to see me acting in movies more,” he says. “There’s some secret stuff going on there.”

But Bad Bunny makes it clear that rumors of any music retirement – partially based the title of his third album and companion tour, “El Último Tour Del Mundo” (“The Last Tour in the World”) – are greatly exaggerated.

“I’m never going to retire from music,” Bad Bunny says. “I’ve been making music since forever, long before the fame, and I will continue to make music forever. But maybe I’ll stop touring, the media, the albums. I need to take time to enjoy everything I have done.”

Three pre-tour surprise concerts last month in San Juan, with a stadium of fans jumping, singing and dancing, was “one of the most special moments in my career,” he says.

“Everything I do is with passion and love. I feel proud of all my work.” Bad Bunny says. “Sometimes, I feel on top of the world. But I’m still here on the Earth, in my place.”

That sometimes humble place also comes with the swagger of a still-ascending superstar. When the fashion head-turner is asked what he’ll don next to Pitt on the premiere carpet, he makes clear that’s one battle he won’t lose.

Ranked: Every Marvel superhero movie (including the new ‘Thor: Love and Thunder’)