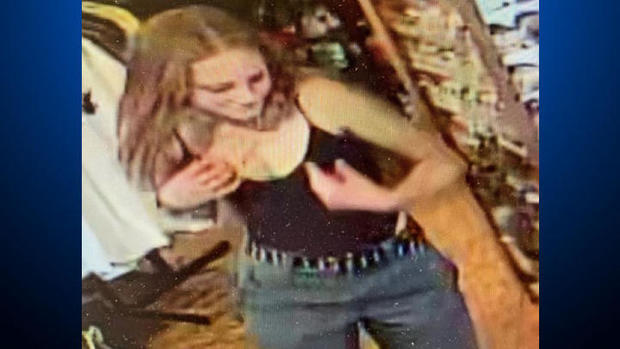 Police in Northern California have released a new image of missing teen Kiely Rodni, but said their search has hit a roadblock. The 16-year-old was last seen early Saturday morning at a party near the Prosser Family Campground in Truckee.

Placer County Sheriff’s Sergeant Scott Alford said Wednesday that authorities have dedicated 3,000 man hours to searching for Rodni, and have enlisted help from the FBI to find her. Authorities said the search has involved air support, dive teams and cadaver dogs in their efforts to locate the teen. Police have also collected “tons” of video from gas stations, private businesses and residents, and they are working on deciphering the data, police said.

Rodni’s car, a silver Honda CRV is also missing, leading the sheriff’s office to investigate the incident as a possible abduction case.

The sheriff’s office on Wednesday also released an image of Rodni from August 5, a few hours before she disappeared in the early morning of August 6. The image was taken from a security camera at a local business shortly after 6 p.m. local time, before she went to the party. Rodni is seen wearing a black bodysuit, a black studded belt, green Dickies pants, and black Van sneakers.

Authorities said they have collected videos taken by attendees at the party where Rodni was last seen and are reviewing the footage. Police said no one they have spoken with saw her leave the party.

Police admitted Wednesday that they were “frustrated” by a lack of new leads in the search, and pleaded with those who attended the party to contact law enforcement with any information they may have, stressing that anyone with a tip may remain anonymous if they so choose.

“People that were there: if you know something, please say something,” police said.

Police also displayed an image of Rodni’s car and a picture of a black hoodie given to her by a friend that is believed to have been in her possession at the time of her disappearance. The hoodie reads: “you don’t want to be forgotten, you just want to disappear”