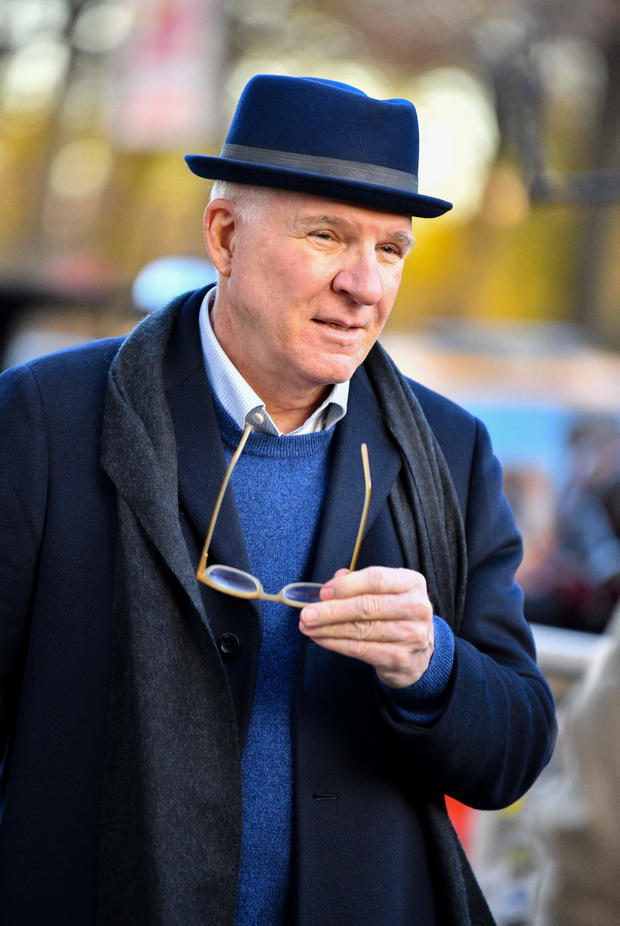 The television show he is referring to is, of course, “Only Murders in the Building,” which premiered on Hulu in 2021. Martin stars alongside Martin Short and Selena Gomez as a trio of true crime enthusiasts living in a building on Manhattan’s Upper West Side. The show has been a resounding success, earning 17 Emmy nominations for its first season alone. According to Craig Erwich, president of Hulu Originals and ABC Entertainment, it is “the true crown jewel of our slate.” The show was recently renewed for its third season.

Martin has been a fixture in show business for over 60 years, starring in such hit movies as “Roxanne,” “Dirty Rotten Scoundrels” and the “Father of the Bride” films, while cementing his place in television by hosting “Saturday Night Live“ a record 15 times, more than anyone except Alec Baldwin, who has hosted 17 times.

Some are skeptical that Martin will ever really stop acting, including his wife, and maybe even Martin himself.

“My wife keeps saying, ‘You always say you’re going to retire and then you always come up with something,'” Martin told THR. “I’m really not interested in retiring. I’m not. But I would just work a little less, maybe.”

Though Martin says he won’t “seek” any work after Murders goes off the air, will that come anytime soon? The momentum for the show doesn’t seem to be slowing down, and it has cemented its place on Hulu as the most-watched comedy ever on the platform. When asked during a press tour how long he’d like to continue the series, Martin responded, “Until I’m in a walker, that’s how long I’d like to do it!”

CBS News reached out to Martin’s representatives for comment, but did not immediately hear back.