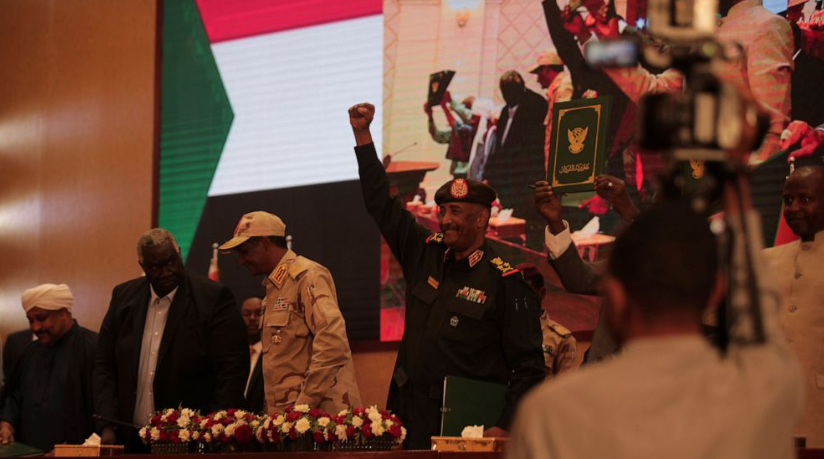 The U.S. secretary of state has warned Sudanese leaders that America will impose a travel ban on any individuals who threaten to derail Sudan’s fragile democratic transition

CAIRO — Secretary of State Antony Blinken warned Sudanese leaders Wednesday that the United States will impose a travel ban on any individuals who threaten to derail Sudan’s fragile democratic transition.

The announcement comes two days after Sudan’s two ruling generals, Abdel-Fattah Burhan and Mohammed Hamdan Dagalo, and its main pro-democracy group, the Forces for the Declaration of Freedom and Change, signed a ‘’framework agreement.’’ The deal would see its military step back from power and the establishment of a new civilian-led transitional government. Various other political parties and organizations also signed the deal.

In a statement issued Wednesday morning, Blinken commended Monday’s deal, brokered by the U.S., the United Arab Emirates, Saudi Arabia and the United Kingdom. He then added that a travel ban would be imposed on any will individuals ‘’believed to be responsible for, or complicit in, undermining the democratic transition in Sudan.‘’

Sudan’s framework deal appears to offer only the roughest outlines for how Sudan will resume its fragile progression to democracy, with key political players having refused to sign the agreement. The deal also ducked thornier issues concerning transitional justice and the implementation of military reform.

But in a video briefing from Khartoum to the U.N. Security Council, he cautioned that “critical contentious issues still need to be addressed in the final agreement.”

These include reforming the security sector and merging rival forces, ensuring transitional justice, and implementing a peace agreement signed in Juba in 2020 by Sudan’s transitional government and several armed groups.

Perthes said the U.N. would also like to have an exchange in the next phase of talks on the economic and development priorities of a new government.

He warned that this week’s encouraging progress on the political track “can still be derailed by challenges and spoilers.” As a final agreement gets closer, Perthes said, “those who don’t see their interests advanced by a political settlement may escalate attempts to undermine the process.”

Several former rebel leaders, who have formed their own political bloc, are absent from the agreement. Also missing are Sudan’s sprawling grassroots pro-democracy Resistance Committees, which have refused to negotiate with Sudan’s military leaders.

‘‘Recognizing the fragility of democratic transitions, the United States will hold to account spoilers — whether military or political actors.’’ Blinken said. Further negotiations for a more inclusive agreement are expected to take place shortly.

Sudan has been in turmoil since the country’s leading military figure, Gen. Abdel-Fattah Burhan, led a coup in October 2021 that upended the country’s previous democratic transition following three decades of autocratic rule by Omar al-Bashir.