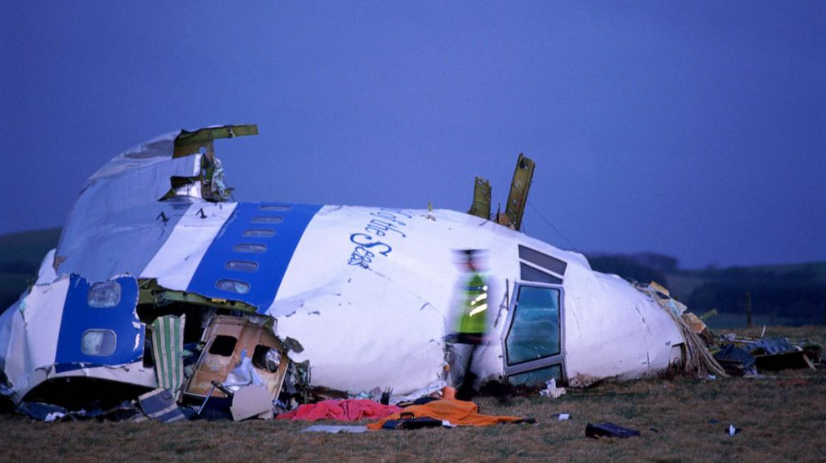 Among the 270 people killed were 190 Americans.

Nearly 34 years after 270 people, including 190 Americans, died in the mid-air bombing of Pan Am 103 over Lockerbie, Scotland, the Libyan intelligence officer accused of building the explosive device has been taken into custody by the United States to face justice, federal officials told ABC News.

Abu Agila Mas’ud will face criminal charges in the United States for his suspected role in the deadliest terror attack on British soil and among the largest involving Americans, according to a spokesperson for the Department of Justice.

The United States has charged Mas’ud with building the device used to blow up the Boeing 747 about 38 minutes after it took off from London’s Heathrow Airport en route to John F. Kennedy International Airport in New York. The flight originally started in Frankfurt, Germany, and was scheduled to end in Detroit after it stopped in New York.

Among those killed were 35 Syracuse University students returning home for the holidays after a semester studying abroad.

It was not immediately clear when Mas’ud will appear in court. He is expected to make his initial appearance in the U.S. District Court for the District of Columbia, according to the DOJ.

“The families of those killed in the Lockerbie bombing have been told that the suspect Abu Agila Mohammad Mas’ud Kheir Al-Marimi is in U.S. custody,” a spokesperson for the Crown Office and Procurator Fiscal Service, Scotland’s public prosecution service, said in a statement to ABC News.

“Scottish prosecutors and police, working with UK Government and US colleagues, will continue to pursue this investigation, with the sole aim of bringing those who acted along with Al Megrahi to justice,” the statement said, referring to a Libyan intelligence operative convicted in 2001 for his role in the Pan Am bombing.

Stephanie Bernstein, whose husband, Michael, was among those killed in the bombing, said she learned Mas’ud was in U.S. custody in a phone call from federal authorities before dawn Sunday.

“It is unbelievable. When I first learned about it, I thought I was dreaming,” Bernstein told ABC News. “This would not have happened without the top levels of the government and their commitment to bringing this individual to justice.”

Before his death, Michael Bernstein worked for the Justice Department tracking down former members of the Nazi regime.

“He believed that holding people accountable was of paramount importance,” Bernstein said.

She and other loved ones of some those killed said they had doubted that Mas’ud would ever be brought to justice given the complexities of Libya and its lack of an extradition treaty with the United States.

“It wasn’t clear that ever, ever we could get him. He confessed to the bombing, but to a Libyan authority,” Bernstein said, adding she plans to be in court when Mas’ud makes his initial court appearance.

The announcement comes two years after Mas’ud, who has been in custody in Libya for several years, was indicted on two federal criminal counts related to the bombing.

A criminal affidavit filed in the case, alleges Mas’ud worked for the External Security Organization, Libya’s intelligence service, mostly as a technical expert in building explosive devices from 1973 to 2011.

In addition to the Pan Am 103 bombing, Mas’ud allegedly participated in other plots against the United States and the West, including the April 5, 1986, bombing of the LaBelle Discotheque in West Berlin, Germany, in which two U.S. service members were killed and 229 people, including 79 Americans, were injured

Under instructions from two alleged Libyan intelligence operatives, including Abdel Baset Ali al-Megrahi, Mas’ud allegedly built the Pan Am 103 bomb in the winter of 1988 in a hotel room on the island of Malta, hiding the device in a medium-size Samsonite suitcase and setting a timer to go off 11 hours later on Dec. 21, according to the criminal affidavit.

Mas’ud allegedly gave the suitcase to Megrahi and the other Libyan operative, who both worked at the Malta airport, according to the affidavit. One of the operatives placed the suitcase on an airport conveyor belt and it was smuggled onto a flight bound for Frankfurt, where it was transferred to Pan Am Flight 103 as a piece of unattended luggage, according to the affidavit.

The bomb detonated as Flight 103 was at an altitude of 31,000 feet above Lockerbie, Scotland. The explosion ripped the aircraft into countless pieces that scattered across 840 square miles, nearly the entire width of Scotland. Eleven residents of Lockerbie were killed by falling wreckage, according to the affidavit.

In 2001, Megrahi was convicted of his role in the bombing by three Scottish judges sitting in a special court in the Netherlands. He was released in 2009 because he had cancer and died in Libya in 2012.

Megrahi’s co-defendant, Lamin Khalifah Fhimah, was acquitted of the charges stemming from the bombing.

‘As it should be’

Former U.S. Attorney General William Barr announced the charges against Mas’ud in his final week at the Justice Department. In his 2020 news conference, Barr noted that the breakthrough that led to the new charges against Mas’ud arose when law enforcement learned in 2016 he had been arrested after the collapse of the regime of Libyan dictator Muammar Gadhafi and interviewed by a Libyan law enforcement officer in September 2012.

Mas’ud allegedly told the officer that the bombing plot had been ordered by the then-leadership of Libyan intelligence and that Gadhafi personally thanked him for the successful attack on the United States.

Kathryn Turman, the retired assistant director of the FBI’s Victim Services Division, worked closely with the families of those killed in the Lockerbie bombing.

She told ABC News on Sunday that while she hasn’t had a chance to speak with the victims’ relatives, “I imagine many of them are pleased and relieved to see another step towards accountability even after all these years.”

“It is evidence that while the world may have moved on, the U.S. and Scottish justice systems did not forget about the murders of their loved ones and have not stopped their efforts over the years,” Turman said. “That is as it should be.”