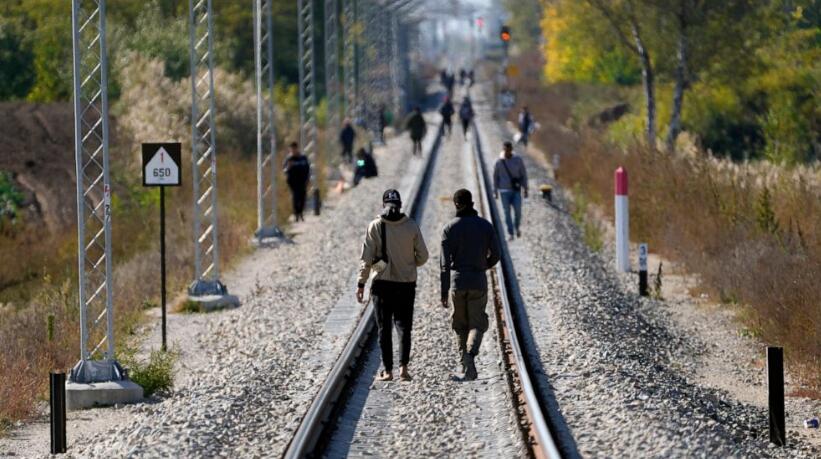 SKOPJE, North Macedonia — The European Union signed an agreement Wednesday with North Macedonia to deploy officers from the bloc’s border protection agency Frontex in the small Balkan country as it expands its reach into nearby non-member states.

“This agreement is not only very important because it strengthens our cooperation on migration but also because it shows that … we fully expect that now North Macedonia is moving forward along the European path,” von der Leyen said.

The country has long sought to join the 27-nation bloc, and is due to start accession negotiations in July.

Illegal migration along the so-called Western Balkan route, spanning much of the former Yugoslavia, has steadily increased since 2018. More than 105,000 illegal border crossings from the region into the EU were detected by Frontex betw

Frontex already has agreements with Western Balkan countries Albania, Serbia, Montenegro and Bosnia and Herzegovina — all which are seeking to join the bloc — but wants to expand its powers there to have a presence at border areas that do not only adjoin with EU member states.

It has also pledged 350 million euros in support to combat illegal migration in those four partner countries between 2021 and 2024, increasing the amount initially budgeted by 60%.

She announced budget support worth 80 million euros to help North Macedonia deal with the impact of the high energy prices on households and businesses, adding that grants totaling 500 million euros would be made available to non-member states in the region to invest in energy connections, energy-efficient infrastructure and renewable energy.

“I’m deeply convinced that Europe and the European Union are not complete without North Macedonia,” she said. “We want to have you with us. We’re friends, we’re partners and one day we’re going to be in one European Union.”

EU officials did not announce details of the planned new Frontex deployment. Von der Leyen will travel on to Kosovo, Albania, Bosnia, Serbia and Montenegro.