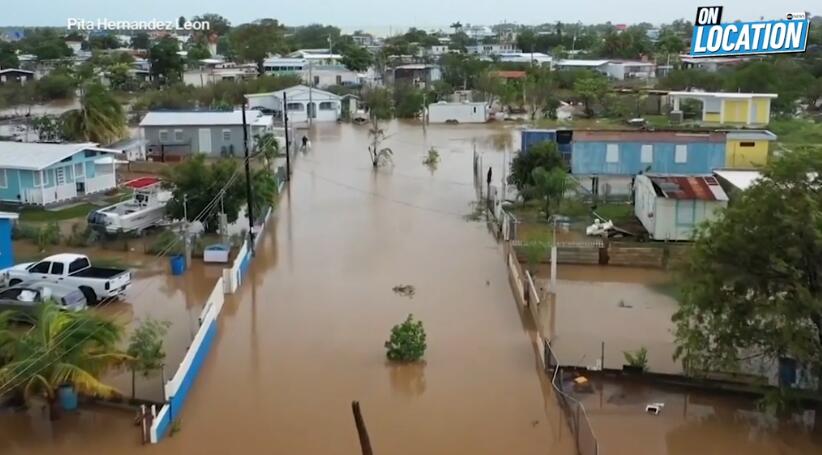 The third report from the fact-finding mission on Venezuela, commissioned by the U.N.‘s Human Rights Council, was released Tuesday and adds new detail on a string of rights violations — including possible crimes against humanity — under Maduro’s government that the experts first documented two years ago.

The report and the mission’s leader said torture was ordered by Maduro in some cases but provided no details of specific instances. The three-person mission reached that conclusion primarily through interviews with former members of the South American country’s intelligence agencies.

“We base it on different but consistent testimonies that we receive from our sources of information, and so, we try to corroborate and verify this type of information,” Marta Valiñas, a Portuguese legal expert who chairs the mission, told The Associated Press. “But that’s what we received with regards to the involvement of higher political levels, including the president, in determining who should be monitored and detained and in some cases also receiving treatment that would then amount to acts of torture or other forms of ill treatment.”

The mission does not have judicial powers, but the evidence it has gathered could one day be used by the International Criminal Court or by any country that might apply “universal jurisdiction” to prosecute alleged crimes against humanity.

The government did not respond to a request for comment from The Associated Press. It has also failed to respond to more than 20 letters from the mission, which has not received permission to enter the country.

The report states Maduro and ruling party leader Diosdado Cabello have given orders “identifying targets for investigation,” including civilians and government critics. Those orders were followed by members of the Bolivarian National Intelligence Service, who arrested individuals after “a period of surveillance and investigation” and tortured or subjected them “to cruel, inhuman or degrading treatment or punishment.” Some were tortured for days or weeks.

The intelligence service “relied on a range of torture methods, including beatings, electric shocks, asphyxiation with plastic bags and stress positions, as well as threats to kill and rape detainees, or other forms of psychological torture,” according to the report. The document says the agency’s main targets included opposition, student and protest leaders; journalists; and people working for non-governmental organizations.

“Venezuela is still facing a profound human rights crisis,” Valiñas said. She urged Venezuelan authorities to take the mission’s “findings seriously and act upon them” as they have the primary responsibility to investigate and prosecute the abuses, but she also acknowledged that as the group has previously documented, various issues “do not guarantee that the justice system acts independently and impartially.”

The mission said authorities have not done enough to compensate victims and cautioned that violations continue “to this day” under the military counterintelligence service, known as DGCIM, and the Bolivarian National Intelligence Service.

“The Venezuelan authorities have failed to hold perpetrators to account and provide reparations to victims in a context where judicial reforms announced from 2021 have failed to address the justice system’s lack of independence and impartiality,” a statement from the mission said.

The brazenness of the intelligence officers, according to the report, have even affected Maduro himself. In an instance described in the report, Maduro’s private vehicle was stopped by Cabello’s command with the Bolivarian National Intelligence Service.

“Maduro reportedly got out of the car and told them to surrender their weapons, to which they replied ‘you are not our boss,’” according to the report. “Maduro allegedly called DGCIM to arrest the men and subsequently replaced” the head of the Bolivarian National Intelligence Service for some time.

The team, which drew its findings in part from nearly 250 interviews, documented a total of 122 cases of victims who were subjected by DGCIM agents to torture, sexual violence and other cruel, inhuman, or degrading treatment at its headquarters in Caracas and covert centers around the country.

The report also documents human rights abuses in a remote region where illegal gold mining is prevalent. The area, known as the Arco Minero del Orinoco, was established last decade as the country’s oil industry, whose proceeds kept the country moving, came undone.

The region has become heavily militarized and armed groups are allowed to operate. The mission’s findings include attacks on Indigenous populations in the area that generate opportunities for individuals close to power to generate personal wealth.

“The Mission has reviewed publicly available information indicating that members of the Venezuelan military and political elite have benefited and continue to benefit financially from gold mining-related activities in the Arco Minero,” according to the report.

The experts are expected to present their findings to the council, which last week began its latest autumn session, on Monday.