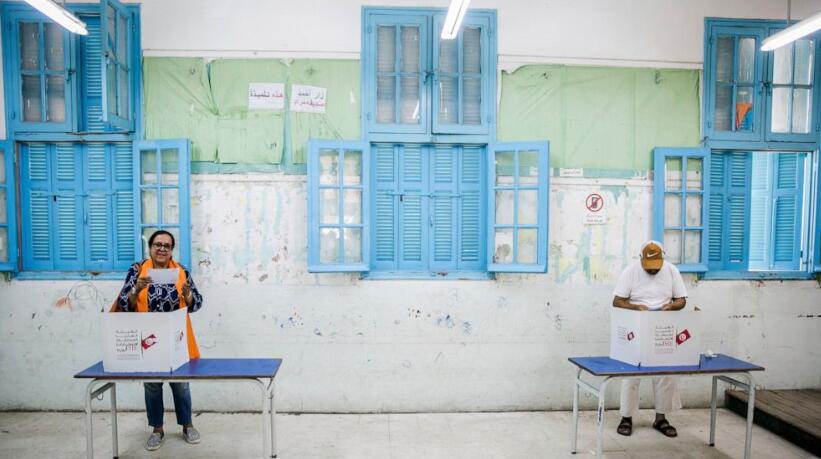 TUNIS, Tunisia — Tunisians voted in favor of a new constitution that critics fear could entrench efforts by the president to consolidate power, according to official preliminary results late Tuesday.

Initial results announced by Tunisia’s electoral commission said 94.6% of the votes backed the new constitution, with 5.4% against. Turnout for Monday’s referendum was low, with under a third of the nation’s voters taking part.

The new political system will see sweeping executive powers given to the president and the removal of key checks and balances, including weakening the influence of Tunisia’s parliament and judiciary.

The text was proposed and revised by Tunisian President Kais Saied himself, and has sparked concerns that the North African nation will see a reversal of hard-won democratic gains.

Critics warn that Saied’s new structure could pave the way to a new autocracy in the country that rose up against strongman Zine El Abidine Ben Ali in 2011 and kicked off the Arab Spring pro-democracy protests. Tunisia is the only nation to emerge with a democracy from those protests.

The referendum took place a year to the day after Saied froze Tunisia’s parliament and dismissed his government. Opponents then derided the move as “a coup,” but many Tunisians celebrated it due to growing exasperation with the country’s political elites and years of economic stagnation.

In the year since, Saied has given himself the power to rule by decree and has fired dozens of judges, decisions that have provoked a series of protests. Winning the presidency in 2019 with over 70% of the votes, Saied continues to enjoy widespread popular support, with recent polls putting his approval rating at well over 50%.

Many believe the new constitution will put an end to years of political deadlock and reduce the political influence of Tunisia’s largest party, Ennahdha, an Islamist party unpopular with many Tunisians.

Saied joined a large crowd of supporters in the early hours of Tuesday as they marched down Tunis’ central thoroughfare waving national flags and blaring car horns after an unofficial exit poll result late Monday suggested a majority of voters had approved the new constitution.

“We have gone from the shore of despair and disillusion to the shore of hope,” Saied said. “There will be no turning back. .. This is a total break with a system forever rejected.”

However, turnout Monday was low, with preliminary figures putting participation at 30.5% of the 9.2 million registered voters.

Political apathy has increased in recent years. Tunisians have grown disenchanted with politics and preoccupied with daily struggles as unemployment has risen and purchasing power declined.

But Saied’s critics also called for a boycott of the referendum, saying the process was flawed. Among complaints, they said Saied altered the makeup of Tunisia’s electoral commission, undermining its independence, and alleged that political parties wanting to campaign against the constitution were blocked from holding campaign events.

Opposition leaders denounced the referendum at a news conference Tuesday.

Samira Chaouachi, a former speaker of Parliament, said a high percentage Tunisians showed that “they will not engage in this crime that is being committed against democracy and Tunisia.”

The National Salvation Front, a coalition of opposition parties and groups, urged Saied to resign, calling the referendum results a “fiasco.” The leader of the opposition Attayar party, Ghazi Chaouachi, denounced “the distortion of reality and the lies” that he said marked the referendum process.

Concerns were also echoed by the international community.

The U.S. State Department on Tuesday noted the low turnout and said weakened checks and balances in Tunisia’s new constitution “could compromise the protection of human rights and fundamental freedoms.”

Saied sidestepped a question from The Associated Press whether a low turnout cast doubt on the referendum’s validity. Speaking to reporters as he walked with supporters early Tuesday, Saied said he had tried to get “as many Tunisians as possible engaged with this election.”