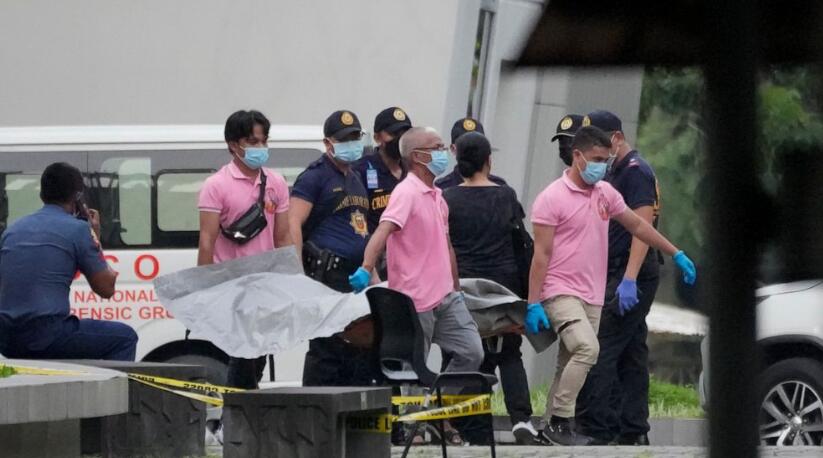 Philippine police say a gunman opened fire on university campus in the Philippine capital region, killing a former town mayor and two others in a brazen attack ahead of a graduation ceremony

MANILA, Philippines — A gunman opened fire on university campus in the Philippine capital region on Sunday, killing a former town mayor and two others in a brazen attack ahead of a graduation ceremony, police said.

The suspect was armed with two pistols and a silencer and was captured in a car he commandeered trying to escape the Ateneo de Manila University in suburban Quezon City, police said. He was blocked by witnesses and authorities outside the university gates.

The sprawling university was put under lockdown and the graduation rite at the law school on campus was canceled, police said.

Investigators were trying to determine a motive for the attack, but Quezon City police chief Brig. Gen. Remus Medina said the suspect, apparently a medical doctor, had a long-running feud with Rosita Furigay, a former mayor of Lamitan town in southern Basilan province.

She died in the attack together with her aide and a university guard. Furigay’s daughter, who was supposed to attend the graduation, was wounded and taken to a hospital, a police report said.

Video of the aftermath of the shooting showed students and officials in graduation gowns screaming and running away in panic in the lobby of the school building while others tended to the victims who were sprawled on the ground in the driveway.

Supreme Court Chief Justice Alexander Gesmundo, who was supposed to be a speaker at the ceremony, was advised to turn back en route to the event, officials said.

Newly elected President Ferdinand Marcos Jr. promised to have the attack swiftly investigated and those behind the killings brought to justice. He is scheduled to address a joint session of Congress at the House of Representatives on Monday also in Quezon city, where police and other law enforcers had imposed a gun ban and heightened security before the shooting.

“We are shocked and saddened by the events at the Ateneo graduation today,” Marcos Jr. said. “We mourn with the bereaved, the wounded and those whose scars from this experience will run deep.”