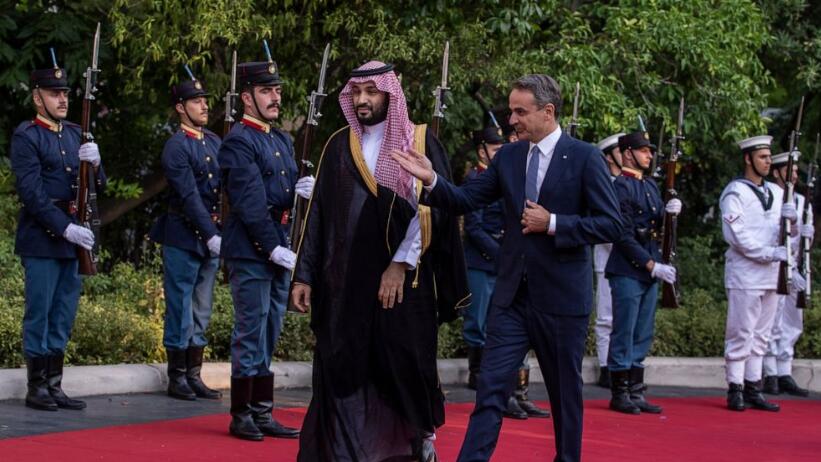 Bin Salman, who is traveling with a large government and business delegation, met with Prime Minister Kyriakos Mitsotakis and will attend the signing of a series of bilateral investment and defense agreements.

Khashoggi, a U.S.-based journalist, was killed at the Saudi consulate in Istanbul and his body was dismembered with a bone saw, according to Turkish officials.

A U.S. intelligence report, made public last year, said the crown prince likely approved the killing but he has denied any involvement.

Greece has forged close ties with Saudi Arabia in recent years as it seeks allies in the wider region to address long-standing tension with neighbor Turkey, mostly over sea boundaries and drilling rights. Last year, Greece and Saudi Arabia held joint military exercises out of the Greek island of Crete, and Athens lent the kingdom a missile battery from its Patriot air defense system.

“I promise you that when I come to Greece, I’m not coming empty-handed. We have many issues that will be game-changers for both our countries and for the whole region,” Bin Salman was quoted as saying in a transcript of his remarks distributed to reporters by the government.

He said the two countries were working on a project that would make “Greece a hub for Europe in terms of hydrogen (fuel),” but gave no further details.

Journalists were not invited to attend the meetings and were given no opportunity to ask the visiting Saudi royal questions.

The two countries are also planning a data cable link worth a reported 800 million euros that would run under the Mediterranean Sea and be completed in 2025.