Should ultra-long blockbuster movies have intermissions? Here’s what experts say. 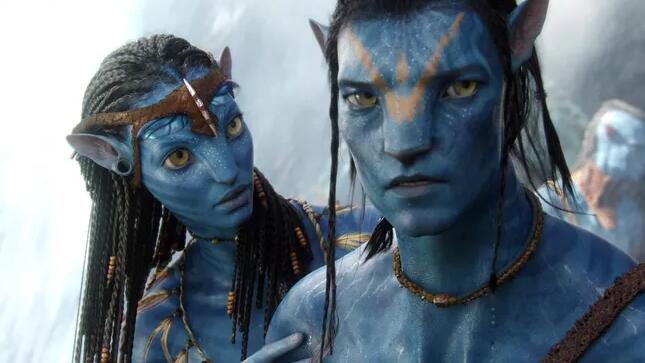 Show of hands, who wants an intermission during that next multi-hour blockbuster movie?

So perhaps it’s time for a return to the era when films such as 1962 epic “Lawrence of Arabia” broke midway through its 3 hour, 42 minute runtime so moviegoers could get refreshed.

Win-win, right? Theater owners get to sell more overpriced concessions and you get a chance to stretch and refuel.

‘Thor: Love and Thunder’:Chris Hemsworth racks up insane muscles, but his wife doesn’t love the beef

Anticipating criticism for the running time of “Avatar 2,” Cameron recently told Empire magazine: “I don’t want anybody whining about length when they sit and binge-watch (TV) for eight hours. … Here’s the big social paradigm shift that has to happen: It’s OK to get up and go pee.”

There are reasons why you won’t be getting that intermission.

It’s about the dollars and cents, folks

With “Top Gun” helping lure moviegoers back into dark palaces outside their homes, theater owners are eager to maximize the number of screenings per day.

Adding a 15-minute intermission to each showing would likely result in fewer movie times, lost revenue that can’t be made up for, no matter how much pricey popcorn and soda is sold during a break, says Bock.

Besides, he adds, “from working in and around theaters, I can tell you that the majority of people buy their snacks at the beginning and they’re done. Asking them to get up midway would be a reversal of how we ingest concessions.”

Not long ago, directors turned in movies at lengths the studios demanded. If the film hit big, they released a longer “director’s cut” version. Today, everything seems to be the director’s cut, says Karger.

“An intermission is a fabulous idea, because no movie needs to be longer than two hours in my opinion,” he says. “But many filmmakers would balk at any interruption of their vision.”

And no one is asking them to be succinct, says Maltin. “Not sure if it’s a certain amount of indulgence or a lack of discipline, but no pressure is being brought to bear,” he says. “Meanwhile, the audience speaks with its dollars.”

COVID pandemic has trained us to watch for endless hours

COVID-19 turbocharged our streaming era, which in turn has made consuming six or more hours of episodic television in one sitting routine. Granted, in the comfort our own homes. But we’re essentially well-trained now for the multi-hour in-theater experience, says Bock.

“For the right three-hour movie, no one will balk, especially younger people who might happily watch nine hours of ‘Stranger Things’ in one go,” he says.

A frequent complaint about millennials is their smartphone-trained short attention spans, which could lead them to resist spending hours in a theater. But that trope “is challenged by the proliferation of movies of ridiculous length aimed at them,” says Maltin. “Each of Michael Bay’s ‘Transformer’ movies seem longer than the last.”

‘Where the Crawdads Sing’:The biggest changes between the book and movie

Early in the pandemic, there was a genuine fear that movie theaters across the nation would shutter forever. Studios began bringing movies directly to streaming platforms, suggesting a permanent and imminent shift to in-home entertainment.

But theaters are bouncing back, many adding luxury touches such as wide reclining seats and in-seat food delivery service, making the theater a bit more like your living room.

“Many theaters are undergoing renovations that are changing the moviegoing experience,” says Bock. “All of these creature comforts are going to make it that much easier for you to sit in your seat comfortably for two and a half hours or more.”

‘The Munsters’:Check out the exclusive new trailer for Rob Zombie’s groovy (and PG!) reboot

Maltin does pine for the days when a sweeping film like “Lawrence of Arabia” had a dignified mid-show stretch, but he admits few movies are worthy of such indulgences. As for today’s fare, he cites a friend. “I think it was Judd Apatow who said on this topic, ‘What’s the hurry, you have to get home for an appointment?’ ”

Karger, who recently berated himself for having to run to the restroom in the middle of a screening for Jordan Peele’s “Nope,” offers this preparatory counsel. “I will starve myself two hours before a movie so I don’t have to have this dilemma,” he says with a laugh.

Movies have always offered an escape, and that gets arguably shattered by an intermission, says Bock. His advice? “Get a small soda, and if you really need to go, sprint.”