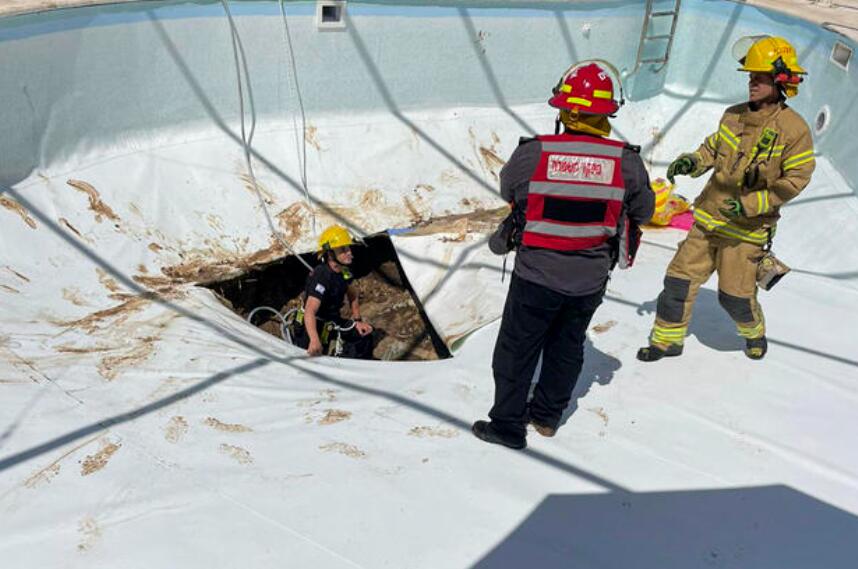 Israeli police said Friday they placed a couple under house arrest, a day after a man attending a party at their villa was sucked into a sinkhole that formed at the bottom of their swimming pool and died.

The man and woman, both in their sixties, are suspected of causing death by negligence, police said. They were arrested on Thursday night and a court decided to release them Friday under “restrictive conditions of house arrest” for five days.

The incident happened during a private party the couple hosted at their house in the town of Karmi Yosef, 25 miles southeast of the city of Tel Aviv.

Mobile phone video from the scene shows floaties and water being sucked to the bottom, at the center of the pool, as people sitting by the poolside shout in Hebrew. A man is seen approaching the sinkhole, slips and is almost pulled in before he backs away.

The police said the deceased 30-year-old was found following a search mission in which Israeli police, emergency crews and the army took part.

Israeli media cited witnesses as saying the party was attended by nearly 50 people, six of whom were in the pool, and also reported that the homeowner had built the pool without proper licensing.