EXPLAINER: Why is a Pelosi visit to Taiwan causing tension? 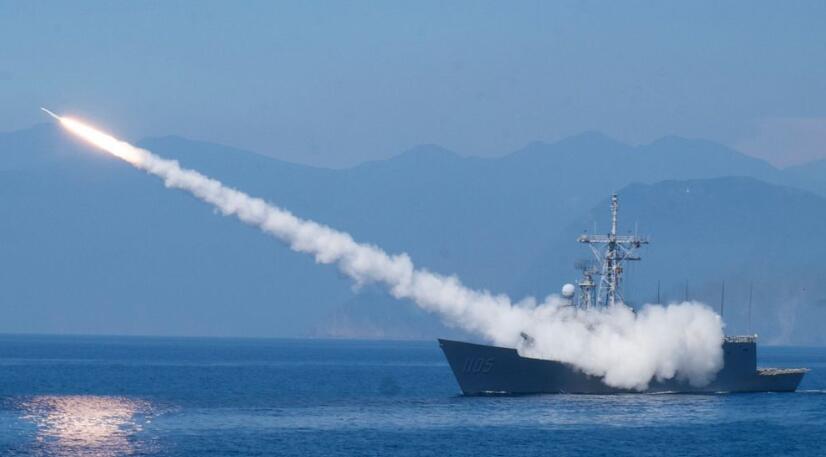 China is warning it will respond forcefully if U.S. House Speaker Nancy Pelosi proceeds with a planned visit to Taiwan

BEIJING — China is warning it will respond forcefully if U.S. House Speaker Nancy Pelosi proceeds with a visit to Taiwan, the self-governing island democracy it claims as its own territory.

Pelosi is second in line to the presidency and would be the highest ranking U.S. politician to visit Taiwan since 1997. China has threatened unspecified “resolute and strong measures” if she goes ahead, which analysts say could cause tensions to spike in the Taiwan Strait, considered a major potential Asian powder keg.

Here’s a look at what’s happening.

Pelosi has been a staunch critic of China throughout her more than three decades in Congress, once unfurling a banner on Beijing’s Tiananmen Square memorializing those killed in the bloody crackdown on pro-democracy protesters in 1989. She was also a strong supporter of 2019 pro-democracy protests in Hong Kong, making her a target of caustic criticism from Beijing.

Taiwan enjoys strong bipartisan support in Congress, and Pelosi said last week it was “important for us to show support for Taiwan.” Taiwan’s President Tsai Ing-wen has defied Beijing’s threats and her administration has favored core democratic values and liberal policies close to Pelosi’s heart, including same-sex marriage and a strong social security net.

WHY WOULD THE VISIT CAUSE A RISE IN TENSIONS?

China claims Taiwan as its own territory to be annexed by force if necessary and its military buildup in recent years has largely been oriented toward such a mission.

Beijing objects to all official contact between Taipei and Washington, and routinely threatens retaliation. This time, the stakes appear to be higher. China launched military exercises and fired missiles into waters near Taiwan in response to a 1995 visit to the U.S. by Taiwan’s then-President Lee Teng-hui, but it’s military capabilities have advanced massively since then.

While experts say it’s unlikely China would use force to prevent Pelosi’s U.S. government plane from landing in Taipei, its response remains unpredictable. Threatening military drills and incursions by ships and planes are considered potential scenarios that would set the entire region on edge.

WHY IS THE TIMING SENSITIVE?

President Joe Biden’s administration is keen to keeping America’s crucial but often turbulent and highly complex relationship with China on an even keel.

Pelosi had planned to visit in April but postponed after getting COVID-19. She has declined to discuss reported plans to travel to Taiwan in coming weeks. That could coincide with China’s celebrations of the Aug. 1 anniversary of the founding of the People’s Liberation Army, the military wing of the ruling Communist Party, and possibly overlap with a planned phone call between Biden and President Xi Jinping.

A more robust Chinese response could also be driven by Xi’s desire to bolster his nationalist credentials ahead of a party congress later this year at which he is expected to seek a third five-year term in office. Xi’s expansion of his powers into every sphere and his hardline zero-COVID response to the domestic epidemic has sowed a degree of resentment and appealing to raw patriotism, particularly over Taiwan, might help him fend off criticism.

WHAT IS TAIWAN’S ATTITUDE TOWARD A VISIT?

Tsai has been welcoming of all foreign dignitaries, serving and retired, from the U.S., Europe and Asia, using such visits as a bulwark against China’s refusal to deal with her government and relentless campaign of diplomatic isolation. Still, her rhetoric on such occasions has generally been relatively low-key, reflecting her own calm demeanor and possibly a desire not to further antagonize China, which remains a crucial economic partner, with around a million Taiwanese residing in mainland China.

The capital Taipei staged a civil defense drill Monday and Tsai on Tuesday attended annual military exercises, although there was no direct connection with tensions over a possible Pelosi visit. While the Taiwanese public strongly rejects China’s demands for unification, the ability of the island’s military to defend against the PLA without U.S. help is highly questionable, so shoring up the armed forces has been a hallmark of Tsai’s term in office.

Speaking Tuesday during the exercises, Defense Ministry spokesperson Sun Li-fang said the military was monitoring all movements of Chinese warships and aircraft around the island. “At the same time, we have the confidence and ability to ensure the security of our country,” Sun said.