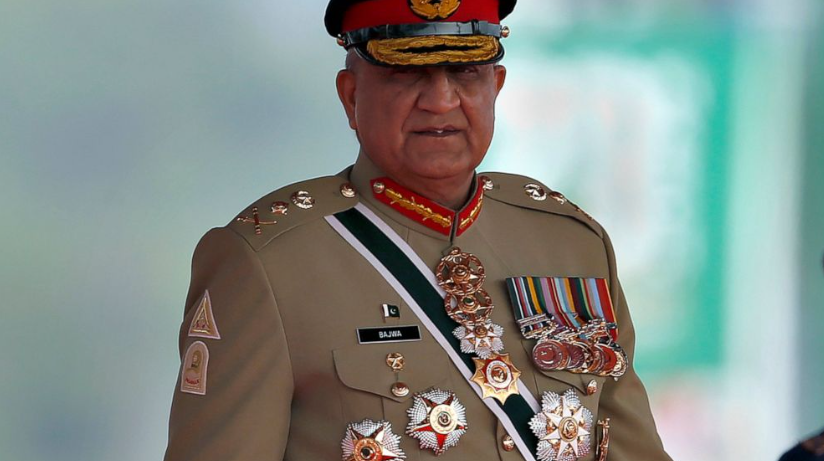 According to several government officials, Gen. Qamar Javed Bajwa discussed the issue with U.S. Deputy Secretary of State Wendy Sherman, appealing on Washington to use its influence with the IMF to help Pakistan.

The appeal was a rare reaching out by the army chief. Pakistan’s relations with the United States have been troubled in recent years, mainly over the issue of neighboring Afghanistan, now run by the Taliban.

The relations remained especially tense under former Prime Minister Imran Khan, who was ousted in a no-confidence vote in Parliament in April. However, Pakistan’s military, which has directly ruled the country for more than half of its 75-year history, has closely worked with the U.S. and was an official ally in the war on terror against al-Qaida.

“I understand (the) conversation has taken place, but at this stage, I am not in direct knowledge of the content of this discussion,” said ministry spokesman Asim Iftikhar.

The officials who spoke to The Associated Press on Saturday said the discussion focused on the IMF loan. They spoke on condition of anonymity because they were not authorized to talk to the media.

Pakistan and the IMF originally signed the bailout accord in 2019. But the release of a $1.7 billion tranche has been on hold since earlier this year, when the IMF expressed concern about Pakistan’s compliance with the deal’s terms under Khan.

Khan’s successor, Prime Minister Shahbaz Sharif, and his government reached a preliminary agreement with the IMF earlier this month to revive the bailout package. That agreement was subject to approval from the fund’s board of directors.

Pakistan had hoped for a quick revival of the bailout, but the IMF has so far not released the much-needed installment, which may have prompted Bajwa’s call to Washington. It remained unclear what U.S. officials could do to speed up the process of the bailout.

There was no immediate comment from Washington on the phone call.

Bajwa also spoke by phone with the head of U.S Central Command in the Mideast, Gen. Michael Kurilla, on Friday, according to a military statement. It quoted Kurilla as saying he appreciates the role Pakistan plays in the region’s stability and expressing hopes for further improvement in cooperation with Pakistan.

Pakistan desperately needs the IMF loan. Earlier in July, the fund said it would raise the value of the bailout from $6 billion to $7 billion, if approved by its executive board, usually considered a formality.

Analysts say the revival of the IMF bailout will help Pakistan and encourage other international financial institutions to engage with the South Asian country.

Sharif’s government has also been in contact with Washington over reviving the IMF bailout. Since his ouster, Khan has repeatedly alleged that his government was toppled under a U.S. plot, a charge Washington denies.

Since Khan’s ouster, Pakistan’s currency has plummeted to an all-time low amid uncertainty about IMF assistance. The rupee slid a record low of about 240 against the dollar last weekend. Previously, the dollar sold for 225 rupees.

The steady decline in this Islamic nation’s currency has spread panic among its business community. Rising food prices and inflation has made Sharif’s government, now in its four month in office, highly unpopular.