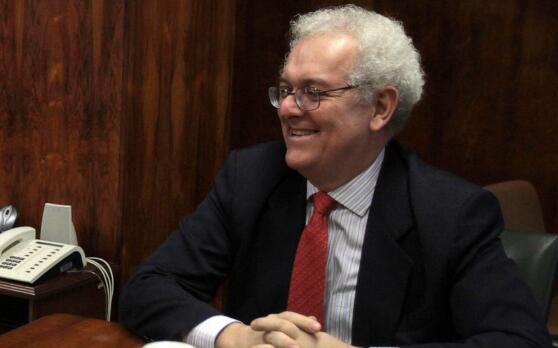 BOGOTA, Colombia — The economics professor who has been tapped as Colombia’s next finance minister says the left-leaning government taking office next month will focus on increasing taxes on the rich so it can spend more on poverty programs.

But Jose Antonio Ocampo said the administration will respect the autonomy of the central bank and work with ratings agencies on recovering the nation’s financial standing. He added that foreign investment will continue to be welcome in Colombia.

“We want a Western European kind of capitalism,” he said. “Not a capitalist system in which the distribution of wealth is among the most uneven in the world.”

Ocampo, a Columbia University economist who has led the United Nations Economic Commission for Latin America, was recently asked by leftist President-elect Gustavo Petro to serve as his finance minister when the former guerrilla fighter is inaugurated Aug. 7.

In an interview with The Associated Press on Tuesday, Ocampo promised that the Petro administration will be fiscally responsible and stay away from radical changes in monetary policy even as it seeks to increase tax revenues.

Petro has been working somewhat successfully to win over other parties to support his programs, though he likely will have to compromise.

Ocampo said Petro’s leftist coalition wants to boost tax collection by approximately $11 billion each year through a plan that would expand the nation’s tax income by around 25%. He said the added funds would go to build roads in rural areas and to implement education and health care programs to decrease social and economic inequalities.

That could be a tough sell. An effort last year by the current government to raise $8 billion in taxes, mostly from the middle class, sparked nearly two months of sometimes violent protests and forced the finance minister to step down. Eventually, President Ivan Duque passed a more modest $4 billion tax plan that avoided raising individual income taxes.

Petro is hoping to skirt political turmoil by targeting the incomes of corporations and the nation’s wealthiest individuals.

Ocampo said income taxes would be raised only for the top 1% of wage earners, which in underdeveloped Colombia means anyone making $2,500 a month or more. Petro also seeks to revoke tax exemptions given to some companies under Duque and says that a tax on wealth could be reinstated and that some pensions should be subject to taxes.

Ocampo said he will meet with ratings agencies to discuss what Colombia can do to improve its status. Last year, Standards & Poor’s and Fitch downgraded Colombia’s bonds to junk status, though Moody’s maintained the nations’ credit rating above that. That makes it more expensive to borrow, with yields on Colombian government 10-year bonds jumping to 12% from 7% over the past year.

The Colombian peso is also weakening, losing 15% of its value to the dollar since Petro’s election victory on June 19. Ocampo said the devaluation has been caused by fears of a global recession and interest rate hikes in the United States, which have also hit the currencies of other countries in Latin America.

The economist added that while the administration will seek to boost taxes, it is not planning to bolster its revenues by boosting oil exploration. He said fracking will be banned due to its potentially negative effects on the environment.

The Colombian state oil company, Ecopetrol, is currently implementing two fracking projects that are in their initial stages. Earlier this year, the company said fracking projects could add 400,000 barrels of oil per day to Colombia’s output and secure natural gas reserves for the next 25 years.

Oil is currently Colombia’s leading export. But during the presidential campaign, Petro promised to phase out dependency on oil and turn to cleaner forms of energy. He said that as president he would not approve new exploration contracts.