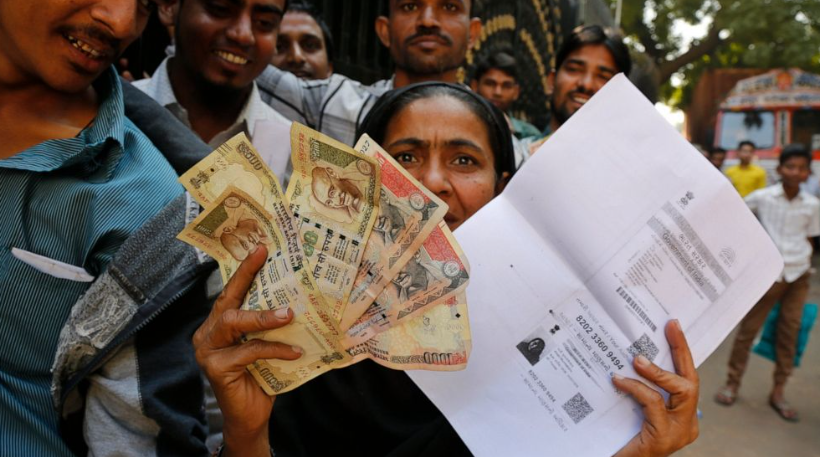 The five-judge constitution bench was hearing petitions challenging the currency ban that rendered 86% of India’s currency invalid without warning. They contended that the move was not a considered decision of the government and should be struck down by the court.

Four judges on the five-member bench said the government made the decision after consulting with the Reserve Bank of India and stated there was no flaw in the decision-making process.

Justice BV Nagarathna, however, gave a dissenting judgment, calling the decision “unlawful” and “an exercise of power, contrary to law.” She said the currency ban could have been carried out through an act of Parliament, not by the government.

In November 2016, Prime Minister Narendra Modi made a surprise TV announcement that all 500-rupee and 1,000-rupee notes would be withdrawn immediately from circulation. The government defended the decision by saying it would root out illegally hoarded cash, fight corruption and crack down on money laundering and terrorist financing.

The government eventually released new currency notes worth 500 and 2,000 rupees. However, the sudden decision caused losses for small businesses and manufacturers, bringing on an economic slump and months of financial chaos for ordinary, cash-dependent Indians who lined up at banks and ATMs for days as cash ran dry.

According to the Centre for Monitoring the Indian Economy, a Mumbai-based research firm, India lost 3.5 million jobs in the year following demonetization.

The economy took another blow in 2017 when the government replaced a complex system of cascading federal and state taxes with a single Goods and Services Tax. Many small businesses — the backbone of much of India’s economy — were unable to comply with the new law and shut down.

India’s main opposition Congress party Monday said the top court’s decision said nothing about the impact of demonetization and whether its objects were achieved, calling the currency ban “a singularly disastrous move.”

“The majority Supreme Court verdict deals with the limited issue of the process of decision-making, not with its outcomes,” Jairam Ramesh, the party’s spokesperson said in a statement.