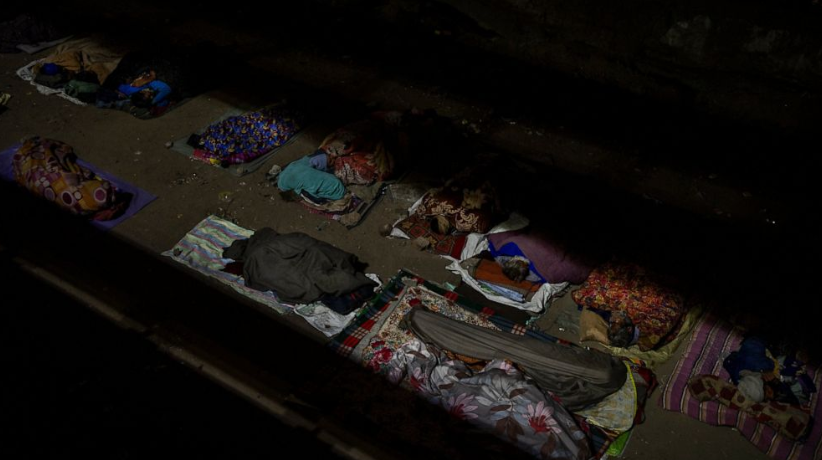 NEW DELHI — When midnight approaches in New Delhi and a freezing fog settles over the Indian capital, thousands of homeless people spread torn mattresses and blankets on the pavements and lie on them to keep warm.

Those who can’t afford the blankets spend the night around a smoldering fire built with garbage and discarded cardboard boxes. Others hunker down in a government shelter system.

It’s a scene that repeats itself every year when India’s capital experiences a harsh bout of winter cold, blamed for killing scores of homeless people and leaving tens of thousands of others shivering on the streets.

New Delhi’s 20 million inhabitants are conditioned to various weather extremes, from blistering heat waves in the summer to thick, grey smog that envelopes the capital before the onset of the winter when a brutal cold wave sweeps most of northern India. The cold blankets streets in freezing fog so blinding that drivers cannot see cars in front of them, causing accidents.

The piercing chill is an ordeal for the city’s homeless, who curl their bodies on sidewalks and sleep as the traffic goes by. Even though the city’s night shelters are a refuge to many who would otherwise find themselves sleeping near busy roundabouts and underpasses, most people there live in harsh conditions. Many of the night shelters are overcrowded and have unclean toilets and no water.

“Overcrowding is a big problem. Because of too much footfall, some people sleep on the roadside,” said Sunil Kumar Aledia of the Centre for Holistic Development, who has worked with Delhi’s homeless population for decades.

India’s 2011 census figures show about 47,000 of the city’s residents were homeless, but activists say the number is a vast underestimate and that New Delhi has more than 150,000 without permanent residences to sleep in.