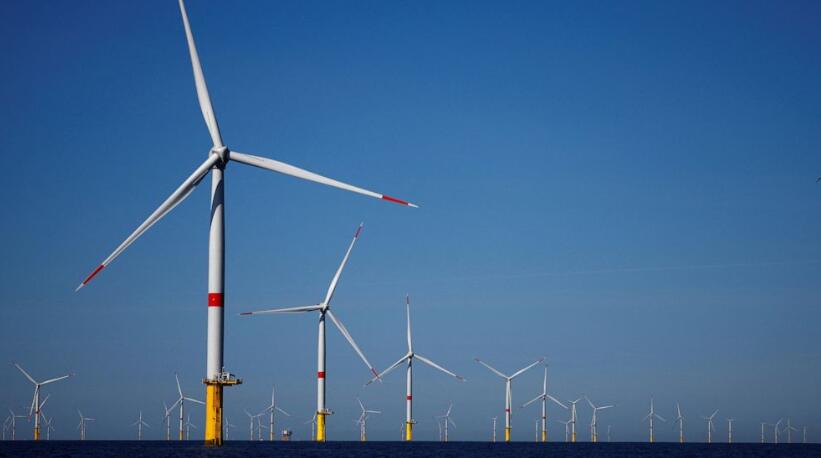 LONDON — Climate change is the global economy’s biggest long-term challenge but one the world is least prepared to tackle because of short-term problems led by a cost-of-living crisis, the World Economic Forum said in a report Wednesday.

The group’s Global Risks Report, released ahead of its annual gathering of government leaders and business elites next week in the Swiss Alpine resort of Davos, offers a bleak outlook.

The report based on a survey of 1,200 risk experts, industry bosses and policymakers says the biggest challenges over the next decade involve the environment, yet more immediate challenges are distracting world leaders, some of whom will be in Davos for panel discussions and schmoozing at an event that has faced criticism for not producing concrete action.

“The coming years will present tough trade-offs for governments facing competing concerns for society, the environment and security,” according to the report co-authored with global insurance broker Marsh McLennan and Zurich Insurance Group.

“A failure to mitigate climate change is ranked as one of the most severe threats in the short term but is the global risk we are seen to be the least prepared for,” the report said.

Out of the top 10 long-term challenges, respondents said the top four are climate related: failure to limit or adapt to climate change; natural disasters and extreme weather; biodiversity loss; and ecosystem collapse.

Short-term risks are testing pledges to reach net zero emissions of heat-trapping carbon dioxide and “have exposed a gap between what is scientifically necessary and politically palatable,” the report said.

“We need to be better at balancing the short-term outlook of risk with the long-term outlook of risk,” said Carolina Klint, risk management leader at Marsh, “and we need to make decisions now that might feel counterintuitive because they might be a little bit costly upfront, but it’s just unavoidable.”

One example is the big investment needed to speed up the transition away from fossil fuels to sustainable energy, Klint said.

Top of the list of challenges over the next two years is a cost-of-living crisis sparked by the COVID-19 pandemic and Russia’s war in Ukraine, which has sent food and energy prices soaring, squeezing household finances worldwide.

Other aftershocks set off by the pandemic and the war have signaled a new and gloomier era for the global economy.

Governments and central banks face the dilemma of reining in inflation by hiking interest rates, which runs the risk of sparking recession, or spending money to shield people from its worst effects, which could add to already-high public debt levels.

The report also said deglobalization is increasingly in vogue. The war in Ukraine highlighted Europe’s dependence on Russian oil and natural gas while microchip shortages sparked by pandemic restrictions spotlighted the prevalence of semiconductor manufacturing in Asia.

“Economic warfare is becoming the norm,” the report said. Tensions will rise as global powers use economic policies defensively to reduce reliance on rivals and offensively to limit the rise of competing nations.

On top of that, society is increasingly polarized. Economic and social divisions are turning into political ones with people far apart on immigration, gender, reproductive rights, religion, climate and more — contributing to the decline of democracies.

Another growing risk is cybercrime and cyber insecurity stemming from increasingly connected public services such as transport, financial and water systems, which leaves them vulnerable to online disruptions and attacks.

The race to develop new technologies in areas like artificial intelligence, quantum computing and biotechnology will offer partial solutions to some crises, the report said, but it also could widen inequality because poorer countries can’t afford them.

“The resulting new economic era may be one of growing divergence between rich and poor countries,” the report said, “and the first rollback in human development in decades.”