US Navy hospital suspends care in Haiti after 19 overboard 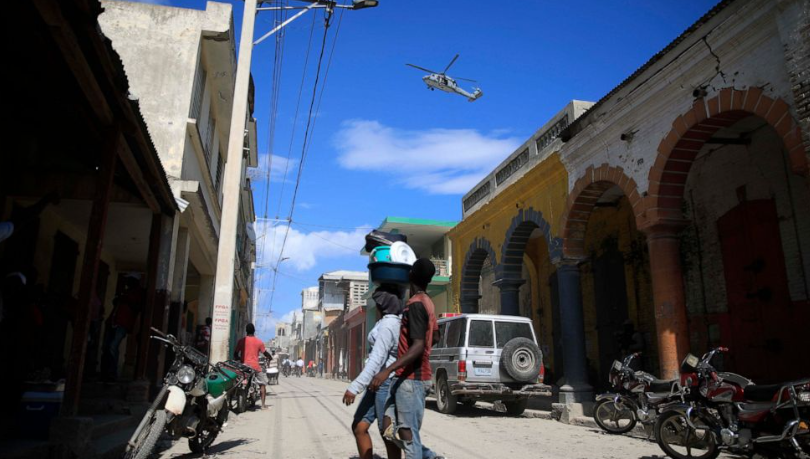 A U.S. Navy hospital ship docked in southwest Haiti has temporarily suspended medical services after 19 people with the mission fell overboard amid a heavy swell hitting the region

It happened Monday night and involved 12 military personnel and seven civilians with the USNS Comfort who were returning to the ship after caring for patients on land, said Lewis Preddy, a U.S. Navy spokesman.

All 19 were pulled back onto the small boat, which was then lifted by a crane onto the ship. He said the usual process is for personnel to use a water taxi and step onto a ladder to board the ship, but that the heavy surf made that impossible.

He said two people were injured but are expected to recover.

Preddy said officials are figuring out how to continue the mission while ensuring people’s safety. The heavy swell is expected to last until at least the weekend, according to meteorologists.

Rear Adm. James Aiken, commander of the U.S. Naval Forces Southern Command-U.S. 4th Fleet, told The Associated Press that officials are working hard to bring the mission in Haiti back online after it began on Monday.

“The need is extremely great, and we’re so excited to be able to provide some care,” he said in a phone interview.

Officials said they did not immediately have the number of patients that have been treated so far.

On Tuesday, several hundred Haitians protested the ship’s presence in the coastal town of Jeremie, yelling, “Down with the American people! We don’t want them here!”

Some demanded that the U.S. government instead visit certain areas in the capital of Port-au-Prince to free neighborhoods from the control of powerful gangs.

In early October, Haiti’s government requested the deployment of foreign troops to fight gangs and help end a fuel blockade that has since lifted after one of the country’s most powerful gangs allowed trucks to access a fuel terminal. No international troops have been deployed, but the U.S. and Canada have announced a flurry of sanctions.

Aiken brushed off the small protest in Jeremie on Tuesday, saying he is focused on the positive.

“There are hundreds of thousands if not millions of people who want us there,” he said.

The USNS Comfort has visited Haiti several times in the past decade as the country struggles with a broken health system hit by severe power outages and fuel shortages. The floating hospital has tended to people with ailments ranging from diabetes to cholera, with an ongoing outbreak killing more than 280 people and infecting more than 14,100 others.

On Monday, Haiti received more than 1.17 million of oral cholera vaccines with help from the Pan American Health Organization.