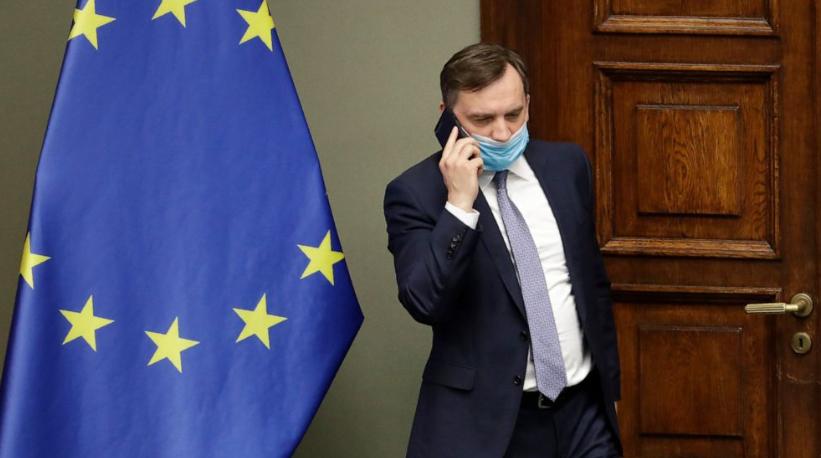 Zbigniew Ziobro is the author of controversial judicial changes that led the European Union to block billions of euros to the Central European country, spurring the opposition to seek his ouster.

Unseating him required mustering a majority of 231 votes in the 460-member lower house, but the motion to oust him received only 226 votes, meaning he stays. The remaining votes were 228 against the motion with three abstentions. All the lawmakers of the ruling right-wing coalition voted in his favor. He has also survived such efforts previously.

Opposition lawmakers had called for the vote on Ziobro, arguing that he posed a threat to Poland’s democratic values, its EU funding and ultimately its EU membership.

The opposition motion argued that the policies of Ziobro, who is also the nation’s prosecutor general, “have taken on an especially harmful character.”

His policies have “de-formed the justice system in a way that limits human rights and has become the reason why Poles are still not receiving billions of euros of European Union funds,” the motion stated.

Ziobro is the head of a small junior partner in Poland’s right-wing coalition government. His party’s votes have allowed the ruling Law and Justice party, led by Jaroslaw Kaczynski, to pass most of its legislation since it won power in 2015.

Yet Ziobro’s policies have created tensions within the coalition, especially with Prime Minister Mateusz Morawiecki, who is seeking to urgently unblock more than 35 billion euros ($37 billion) worth of subsidies and loans from the EU’s pandemic recovery funds.

The money is badly needed amid a widening budget gap, an inflation rate of over 17% and huge spending on social programs as well as defense in the face of war in neighboring Ukraine.

Law and Justice lawmakers nevertheless backed Ziobro to maintain the coalition’s dominance in the Sejm, the lower house of parliament, where it now has 228 votes. Morawiecki also voted to keep Ziobro.

“Even if we differ in our assessment of events, of certain phenomena, of achievements, that does not change the fact that the United Right Wing is of great value,” Morawiecki said of the governing coalition.

Hours before the vote, Poland’s minister for EU ties said progress has been made in negotiations with Brussels over unblocking the funds. He said that, for that purpose, amendments will be proposed during the current parliament session to the judiciary regulations and especially to those regarding sanctioning of judges.

Szymon Szynkowski vel Sek said the amendments are tailored to meet the key “milestone” in judicial independence that is a condition for the disbursement of the pandemic recovery funds.

The justice minister, Ziobro, 52, has earned a reputation as a hard-line nationalist and a euroskeptic during his decades in Polish politics.

He was the author and driving force behind a number of laws that have reorganized the judicial system in a way that puts the courts and other judicial bodies under government control. The laws have set Poland on a collision course with the EU and have triggered large protests at home.

Ziobro and the government have insisted the changes were needed to remove the last vestiges of the communist-era order in the court system. He has also lashed out at the EU for withholding funding over rule-of-law issues, saying it overstepped its authority as laid out in the 27-member bloc’s treaties.

In 2019, a deputy to Ziobro resigned over allegations that he encouraged a social media hate campaign against judges who criticized the government.

Poland’s ties with the U.S. and Israel also were strained by legislation written by the Justice Ministry under Ziobro that criminalized statements that falsely blame Poles for Nazi Germany’s crimes in the Holocaust.

The Holocaust speech law was viewed as an attempt to stifle historical research and debate and was revised under international pressure.