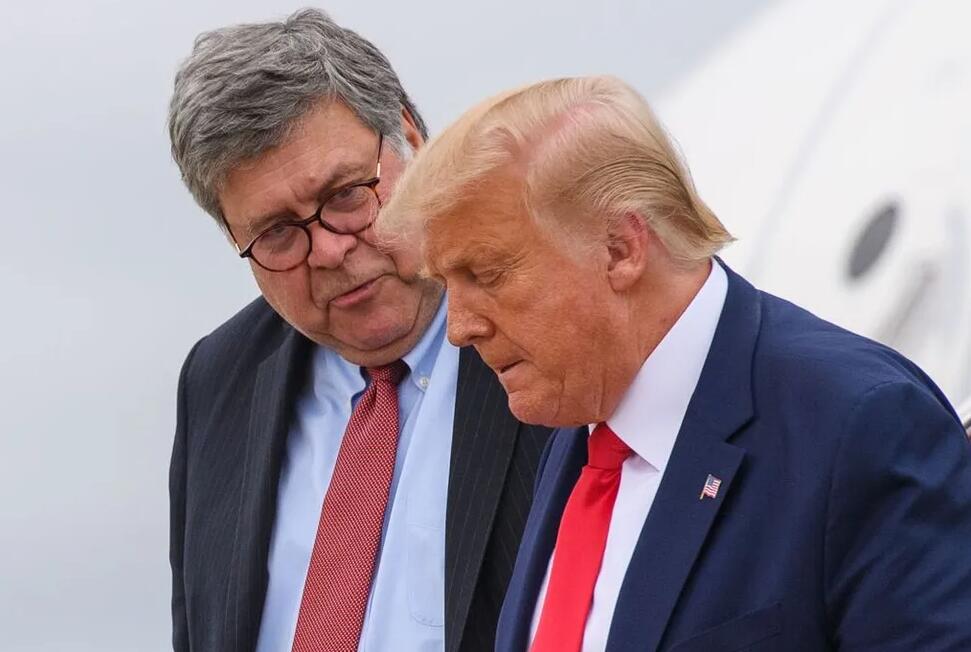 The appointment of a special prosecutor to investigate the origins of the FBI’s long inquiry into the Trump campaign’s ties to Russia was provocative enough.

“I think spying did occur,” Barr told the Senate Judiciary Committee. “I’m not saying that it wasn’t adequately predicated. But I need to explore that.”

A federal court jury in Alexandria, Virginia, delivered a stinging rebuke to the special prosecutor Tuesday, acquitting a researcher charged with lying to the FBI about the sources of information for a salacious and largely discredited dossier purporting to show Trump’s Russia connections.

The verdicts in the case of Igor Danchenko, possibly the last prosecution involving Durham’s team, marked the second jury acquittal in the three cases initiated by the special counsel. Last year, a former FBI lawyer was sentenced to one-year probation after pleading guilty to falsifying information used to justify the surveillance of a former Trump campaign adviser. There are no other Durham cases pending on the public docket.

Yet the trials of Danchenko and former Hillary Clinton campaign lawyer Michael Sussmann, also acquitted by jury earlier this year of lying to the FBI, represented the only public tests of evidence gathered by Durham’s team in an inquiry that has cost at least $5.8 million since October 2020, according to federal records.

And while a divisive political climate has stalked Durham’s tenure from the start, legal analysts said the results may highlight the resiliency of the criminal justice system.

“The system worked,” said David Weinstein, a former federal prosecutor who served as chief of the government’s Public Integrity and National Security units in Miami. “You can question whether a special prosecutor should have been appointed at all, but in the end 12 people didn’t believe that the government (special counsel) did its job,” Weinstein said, referring to the jury acquittals.

“That’s how the system is supposed to work.”

Separating politics from a criminal investigation has long been a central expectation of the American criminal justice system, but politics has always been at the heart of Durham’s inquiry: an examination of law enforcement’s conduct during its investigation into Russia’s intervention in the 2016 presidential election.

The special counsel appointment of Durham in October 2020 came more than a year after the then-attorney general picked Durham to conduct a preliminary inquiry.

It was Trump, however, who sought to co-opt the investigation in an attempt to boost his own political fortunes during the 2020 presidential race.

Trump and key Republican allies in Congress seized on Durham’s first case, unveiled in August 2020, suggesting it would be the first of many. The prosecution resulted in a guilty plea from former FBI lawyer Kevin Clinesmith, who was accused of altering an email in 2017 that investigators relied on to justify an application to wiretap former Trump campaign adviser Carter Page.

“The wheels of justice are turning,” Sen. Lindsey Graham, R-S.C., tweeted after Clinesmith entered his plea. “More to come.”

In the weeks that followed, Trump openly pushed for the release of Durham’s full investigative findings before the election, repeatedly suggesting that the prosecutor had gathered damning evidence of a government conspiracy against him.

When Barr decided that no such report would be delivered during the election cycle, Trump fumed.

“I’m very disappointed,” he told conservative host Rush Limbaugh after learning of Barr’s decision a month before the election. “I think it’s a terrible thing, and I’ll say it to his face…  I think it’s a disgrace. It’s an embarrassment.”

The two most recent cases involving Danchenko and Sussmann did not drop until last fall – long after Trump had been defeated – yet politics continued to shadow the prosecutions.

Sussmann, a prominent cybersecurity attorney whose firm is closely tied with Democratic Party interests, was charged with lying to the FBI related to a 2016 contact in which he raised concerns about a secret channel of communications between a Russian bank and the Trump Organization.

Prosecutors claimed Sussmann requested the September 2016 meeting with then-FBI general counsel James Baker to provide “data files” and other evidence of the covert communications link involving the Moscow-based Alfa Bank, asserting that he did not disclose he was acting as an advocate Clinton campaign.

Sussmann’s lawyers said he didn’t make the allegations on behalf of any client and was simply passing along a tip.

“Michael Sussmann was indicted today because of politics, not facts,” his legal team said in a statement when the charges were disclosed in September 2021. “This case represents the opposite of everything the Department of Justice is supposed to stand for.”

More:Durham probe: What we know about Michael Sussmann’s acquittal, what comes next

In May, a jury deliberated for about six hours before delivering a verdict of not guilty.

Last November, the Russian national and key source of information used to compile a 2016 dossier was charged with five counts of lying to the FBI about his work regarding the sources of information he provided to former British intelligence officer Christopher Steele.

Steele assembled the dossier, a collection of memos, for the firm Fusion GPS, which had been hired by a law firm representing the Democratic National Committee and the Hillary Clinton campaign. Danchenko’s information was included in the file that was turned over to the FBI.

Trump had long claimed that the dossier, authored by Steele, was an attempt to undermine his 2016 campaign and his presidency. Danchenko’s legal team, meanwhile, argued the legal case against him was “designed to humiliate and slander” their client for “political gain.”

Yet on the eve of trial, there were signs the case against Danchenko was not a lock.

And before the case was submitted to the jury earlier this week, Trenga tossed out one of the criminal counts.

The jury did the rest Tuesday afternoon, delivering not guilty verdicts on the remaining four counts.

Among those monitoring the result was the former president.

“The disgraceful judicial system was on full display yet again with the Danchenko Verdict,” Trump posted on Truth Social. “Durham could not get a fair shake in the Swamp of biased and partisan juries, where you are told that no Republican based or supported case can be won no matter how good it is…”

“While we are disappointed in the outcome, we respect the jury’s decision and thank them for their service,” Durham said in a statement after the Danchenko verdicts in Alexandria, Virginia. “I also want to recognize and thank the investigators and the prosecution team for their dedicated efforts in seeking truth and justice in this case.”

It remains unclear when the special counsel will issue a final report.

Legal analysts said the legacy of Durham’s investigation, longer than Russia inquiry headed by former special counsel Robert Mueller, may be difficult to separate from the toxic political climate.

“According to Trump, he (Durham) was supposed to be the president’s savior,” said Weinstein the former federal prosecutor. “That didn’t turn out so well.”

Bruce Udolf, who served as associate independent counsel during the Clinton Whitewater investigation, said the Durham investigation has been shadowed from the start by outside partisan interests.

“The strongest evidence for those who question the motives for the cases other than the merits are the results,” Udolf said.