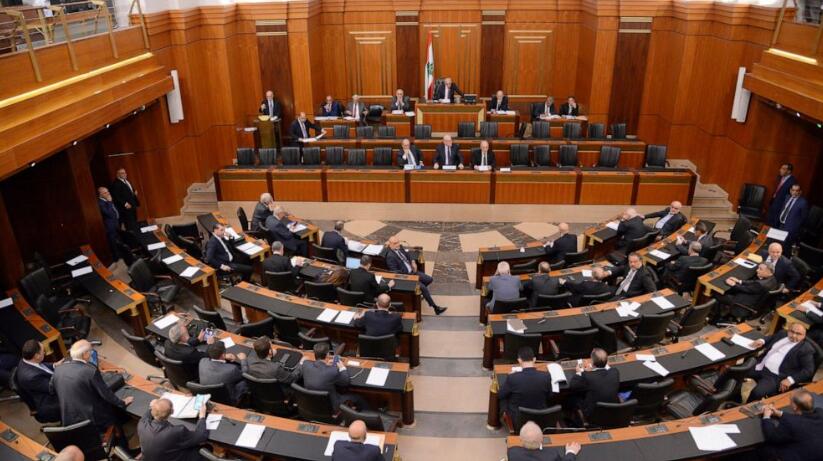 Lebanon’s parliament has approved amendments to a banking secrecy law, a key demand of the International Monetary Fund before agreeing to a bailout program

BEIRUT — Lebanon’s parliament late Tuesday approved some amendments to a banking secrecy law that has been a key demand of the International Monetary Fund before it agrees to a bailout program amid the country’s economic meltdown.

Despite the changes, legal advocacy groups say the alterations to the law will likely not be enough to please the IMF because it restricts moves to lift banking secrecy provisions to judicial authorities. The decades-old law is seen by many as a way to hide the widespread corruption that brought the small nation to bankruptcy over the past three years.

“We agreed on a law to lift banking secrecy with some amendments where we widely expanded the number of groups that can ask to lift banking secrecy,” the head of parliament’s finance and budget committee, Ibrahim Kanaan, said in a tweet. “Negotiations with the International Monetary Fund have not stopped, and we have been in constant communication in the past days and hours so there won’t be flaws in the agreement that Lebanon aspires to.”

Among the amendments is the authority to lift banking secrecy off accounts retroactively to 1988. Kanaan told local television station Al-Jadeed that some proposed amendments in line with the IMF’s critiques were voted out of the legislation during Tuesday’s session.

Since Lebanon’s economic slide began in late 2019, three-quarters of the population of 6 million people, including 1 million Syrian refugees, plunged into poverty. The Lebanese pound has lost more than 90% of its value. The international community has been demanding major reforms in order to help the corruption-plagued nation.

Talks between Lebanon’s government and the IMF began in May 2020 and reached a staff-level agreement in April.

The Lebanese government has implemented few of the IMF’s demands from the agreement, which are mandatory before finalizing a bailout program. Among them are restructuring Lebanon’s ailing financial sector, implementing fiscal reforms, restructuring external public debt and putting in place strong anti-corruption and anti-money laundering measures.

Lebanon defaulted in March 2020 on paying back its massive debt, worth at the time some $90 billion, or 170% of GDP, making it one of the highest in the world.

A key demand by the IMF in a tentative agreement with cash-strapped Lebanon for a bailout has been to allow the country’s tax authority to lift banking secrecy. That demand was rejected by parliament’s financial committee, saying it threatens privacy by allowing some civil servants to look into bank accounts without orders from the judiciary.

The IMF in September said previous amendments were not sufficient to upgrade the law to be able to reach international standards and best practices.

Nizar Saghieh, an activist lawyer and the co-founder of Lebanese watchdog group Legal Agenda, told The Associated Press that the amended law does not address all of the IMF’s concerns, despite some “small steps” forward.

“It’s obviously better than what we had in the past, which was very bad because we basically had total banking secrecy, but it doesn’t reach the standards we need,” he said. “It’s not up to par to what we need to respond to a crisis of this size.”

A previous draft approved by parliament in late July did not lift banking secrecy in general and only limited some government institutions to lift it in case of investigating crimes. President Michel Aoun refused to sign the draft and sent it back to parliament for amendments.