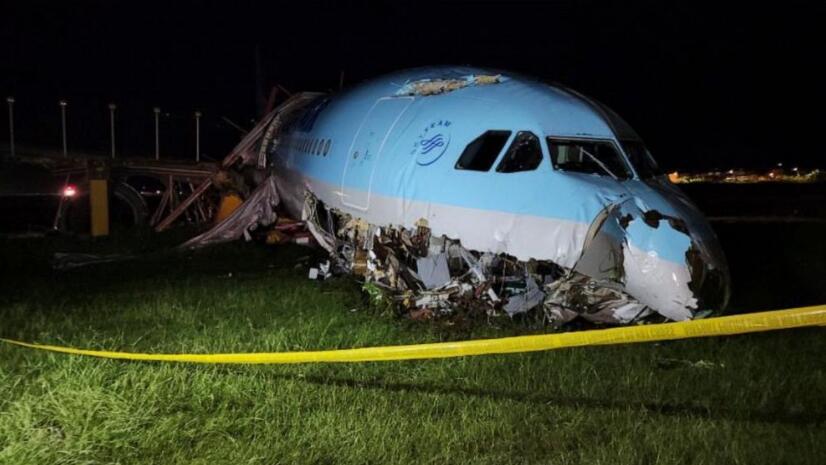 MANILA, Philippines — A Korean Air plane overshot the runway while landing in bad weather in the central Philippines late Sunday, but authorities said all 173 people on board were safe.

The airport on Mactan Island in Cebu province was closed indefinitely due to the stalled aircraft, the Civil Aviation Authority of the Philippines said.

Photos it released showed the front underbelly of the plane partly ripped away, but the airline and aviation agency didn’t give details on the damage.

“All passengers are safe and being attended by ground personnel,” the Philippine aviation agency said in a statement.

The Airbus A330 from Incheon, South Korea, attempted to land twice before overrunning the runway on the third attempt, Korean Air Lines Co. said in a statement.

It said all passengers evacuated on the plane’s escape slides.

The airline said it’s trying to find the cause of the incident.

At least four incoming flights were diverted to Manila and a nearby airport, the Philippine aviation agency said.