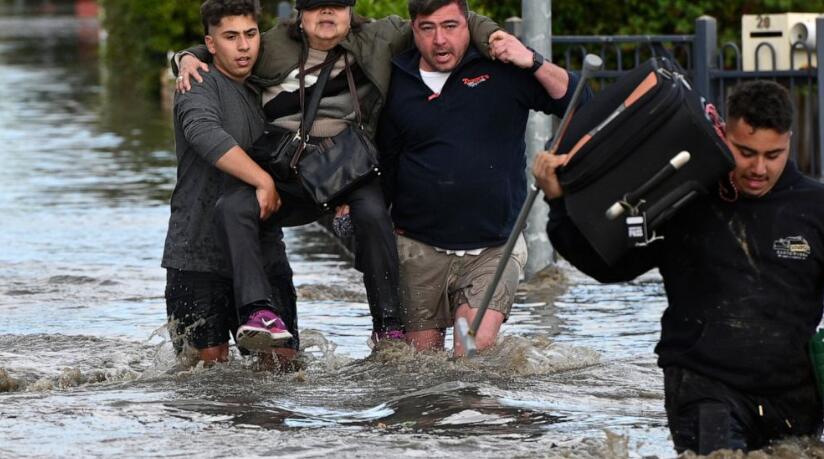 MELBOURNE, Australia — Homes were flooded in Melbourne and other cities in Australia’s southeast on Friday with rivers forecast to remain dangerously high for days.

About 70 residents were told to leave the suburb of Maribyrnong in Melbourne’s northwest, along with hundreds in the Victoria state cities of Benalla and Wedderburn, authorities said. Melbourne is Australia’s second-most populous city with 5 million people.

The Victoria State Emergency Service said on Friday it had carried out 108 flood rescues in the past 48 hours.

About 500 homes in Victoria were flooded and another 500 had been isolated by floodwater, State Emergency Service commander Josh Gamble said. About 3,500 homes were without power.

Gamble said complacency was the main reason for people getting into trouble.

“That is quite significant and we haven’t had that many flood rescues for quite some time, for some years in fact,” Gamble told Australian Broadcasting Corp.

“Many of these people are putting their own lives at risk, their own children in some circumstances, but more importantly, other community members and responders and that’s in all parts of the state not just metropolitan areas,” Gamble added.

Evacuation orders were also in place for the town of Rochester on the Campaspe River, north of Melbourne, and the central Victorian towns of Carisbrook and Seymour on the Goulburn River.

To the north in New South Wales state, 550 people have been isolated or evacuated from the town of Forbes as the Lachlan River flooded, authorities said.

South of Forbes, parts of the city of Wagga Wagga were evacuated due to the Murrumbidgee River breaking its banks.