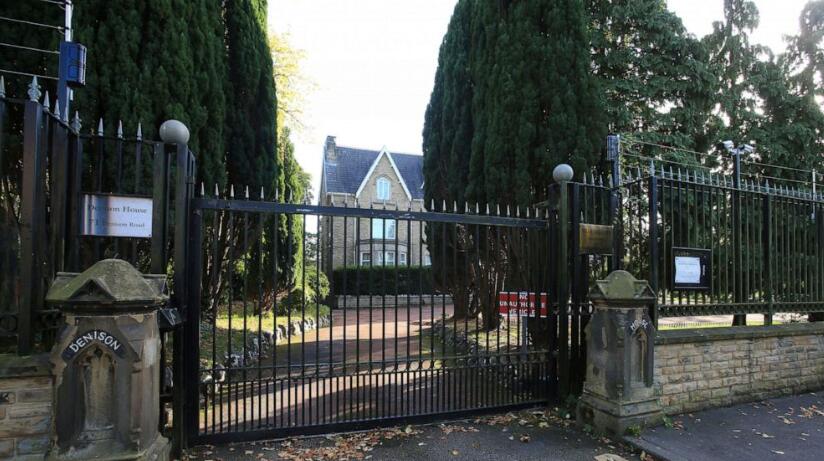 LONDON — China’s Foreign Ministry said Tuesday its diplomatic missions abroad have the right to “take necessary measures” to maintain security after British police opened an investigation into the assault of a Hong Kong protester who alleged he was dragged into the Chinese Consulate in Manchester and beaten up during a demonstration.

Britain’s foreign secretary summoned China’s second-most senior diplomat in the U.K. on Tuesday to express the U.K.’s “deep concern” about the assault allegations and to demand an explanation for the actions of the Chinese consulate staff.

Police in the English city of Manchester said a peaceful protest outside the Chinese Consulate on Sunday turned into a “hostile” situation when unidentified men came out of the building, dragged one protester into the consulate grounds and assaulted him. Police said officers had to intervene and remove the man.

The man, who is in his 30s, told reporters that he was beaten up when protesters tried to stop the masked men from tearing down their anti-government placards outside the gates of the consulate. The protesters had gathered at the consulate as the Chinese Communist Party opened its weeklong congress in Beijing on Sunday.

Chinese Foreign Ministry spokesman Wang Wenbin rejected the accounts of the protester and Manchester police. He told reporters Tuesday that the protester had “illegally entered” the consulate and “jeopardized the security of the Chinese diplomatic premises.”

He added that the British government should step up protection for Chinese diplomatic posts and personnel in the U.K.

“Today we have made our view clear to the Chinese authorities: the right to peaceful protest in the U.K. must be respected,” said Foreign Office minister Zac Goldsmith.

“We cannot allow the Chinese Communist Party to import their beating of protesters and their silencing of free speech … to British soil,” said Alicia Kearns, chair of Parliament’s foreign affairs committee.

The Chinese consul general was among the men who ripped down the protesters’ posters, Kearns added.

Video on the BBC website showed a scuffle breaking out in front of the consulate after masked men tore down the protesters’ placards. The video appeared to show several men wearing face masks beating up someone who had been pushed to the ground.

Police said the protester was taken to a hospital to treat his injuries. No arrests have been made.

The Chinese Consulate in Manchester didn’t respond to a request for comment.

At a media briefing Tuesday, Hong Kong leader John Lee said he did not have the full details about the case but trusted that the U.K. government would handle the incident in accordance with the Vienna Convention on Consular Relations and British law.