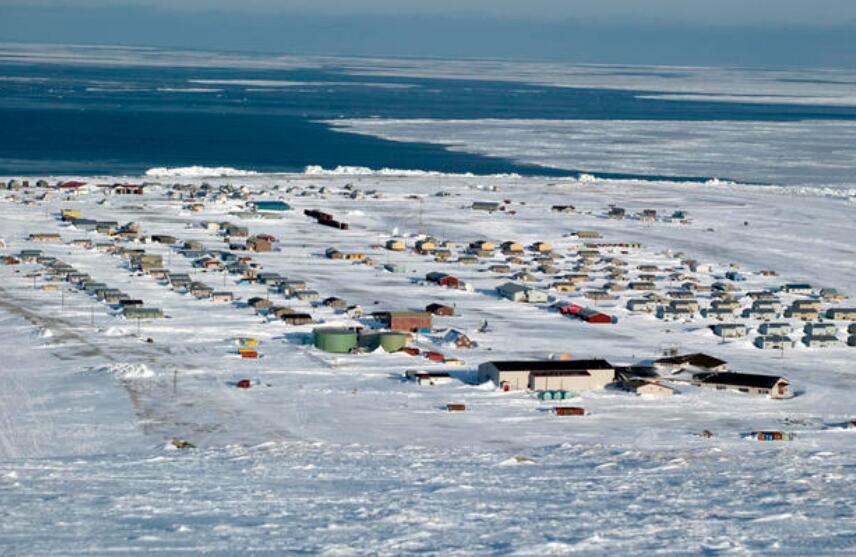 Two Russians who said they fled the country to avoid compulsory military service have requested asylum in the U.S. after landing on a remote Alaskan island in the Bering Sea, Alaska U.S. Sen. Lisa Murkowski’s office said Thursday.

Karina Borger, a spokesperson for Murkowski, said by email that the office has been in communication with the U.S. Coast Guard and Customs and Border Protection and that “the Russian nationals reported that they fled one of the coastal communities on the east coast of Russia to avoid compulsory military service.”

ICE officials are currently holding the two Russian nationals who arrived in Alaska in a small boat on Tuesday, a Department of Homeland Security spokesperson confirmed to CBS News’ Camilo Montoya-Galvez. The individuals were transported to Anchorage for vetting and screening after DHS was alerted of their arrival by local officials.

Alaska’s senators, Republicans Murkowski and Dan Sullivan, said Thursday the individuals landed at a beach near Gambell, an isolated community of about 600 people on St. Lawrence Island. The statement doesn’t specify when the incident occurred, though Sullivan said he was alerted to the matter by a “senior community leader from the Bering Strait region” on Tuesday morning.

“This incident makes two things clear: First, the Russian people don’t want to fight Putin’s war of aggression against Ukraine,” Sullivan said in a statement. “Second, given Alaska’s proximity to Russia, our state has a vital role to play in securing America’s national security.

Russian reservists are on their way to the front lines in Ukraine after President Vladimir Putin ordered a partial mobilization of his military reserves to wage war on Ukraine, but the move has sparked protests and many have left the country. Last month, a young man shot a Russian military officer at close range at an enlistment office, in an unusually bold attack reflecting resistance to the Russian leadership’s efforts to mobilize hundreds of thousands of men.

Gambell is about 200 miles southwest of the western Alaska hub community of Nome and about 36 miles from the Chukotka Peninsula, Siberia.

In a statement, Murkowski said the federal response to the incident was “lacking.”

“Only local officials and state law enforcement had the capability to immediately respond to the asylum seekers, while Customs and Border Protection had to dispatch a Coast Guard aircraft from over 750 miles away to get on scene,” Murkowski said. “This situation underscores the need for a stronger security posture in America’s Arctic, which I have championed throughout my time in the Senate.”