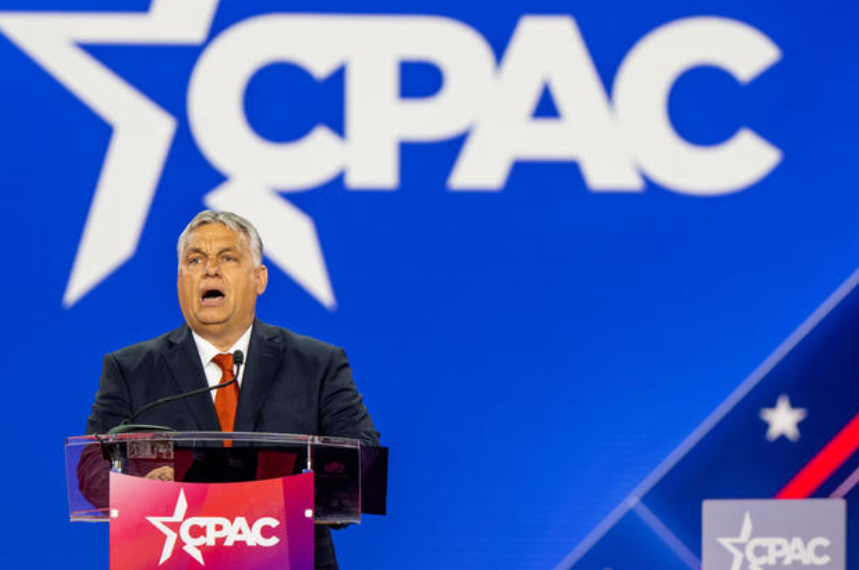 Hungarian Prime Minister Viktor Orbán called on conservatives in Europe and the U.S. to take back power from liberals, declaring  a “clash of civilizations” is underway.

The far-right leader, who addressed the Conservative Political Action Conference (CPAC) in Texas on Thursday, recently faced an international backlash over controversial remarks he made in late July, in which he said Hungarians “do not want to become peoples of mixed race.” One former adviser, who has since resigned, referred to those comments as “a pure Nazi speech worthy of Goebbels.”

Orbán, who came to power in 2010, has increasingly clamped down on political opposition and press freedom, consolidating his power further over the last two elections.

At CPAC, Orbán tried to preempt criticism, claiming “a Christian politician cannot be racist” and that those who consider him a racist or anti-Semite are “simply idiots.”

“I can already see tomorrow’s headlines,” Orbán said. “Far-right European racist and anti-Semite strongman, Trojan Horse of Putin, holds speech at conservative conference. But I don’t want to give them any ideas, they know best how to write fake news.”

During his speech, Orbán also attacked Jewish billionaire George Soros, former President Barack Obama, “globalists,” and the Democratic Party: “They hate me and slander me and my country, as they hate you.”

He also touted Hungary’s aggressive illegal migration and anti-“gender ideology” policies. At one point, Orbán read the Hungarian constitution’s definition of marriage being between one man and one woman, prompting applause from the CPAC audience. “Less drag queens and more Chuck Norris,” he said.

A day before his appearance at CPAC, Orbán and his delegation met with former President Donald Trump at his golf club in Bedminster, New Jersey. Taylor Budowich, a spokesman for Mr. Trump’s leadership PAC Save America, tweeted pictures of the meeting.

Hungarian Foreign Affairs Minister Péter Szijjártó also commented in a tweet that Hungarian-U.S. relations were “at their peak when Donald Trump was President” and expressed the hope that he’ll be president again. .

With an eye toward the 2024 U.S. presidential race, Orbán called on conservatives to mobilize on both sides of the Atlantic to take back political power.

“We must take back the institutions in Washington and in Brussels. We must coordinate the movement of our troops, because we face the same challenge,” he said. “You have two years to get ready.”