Miriam Margolyes reveals she ‘didn’t care for’ co-star Arnold Schwarzenegger: ‘A bit too full of himself’ 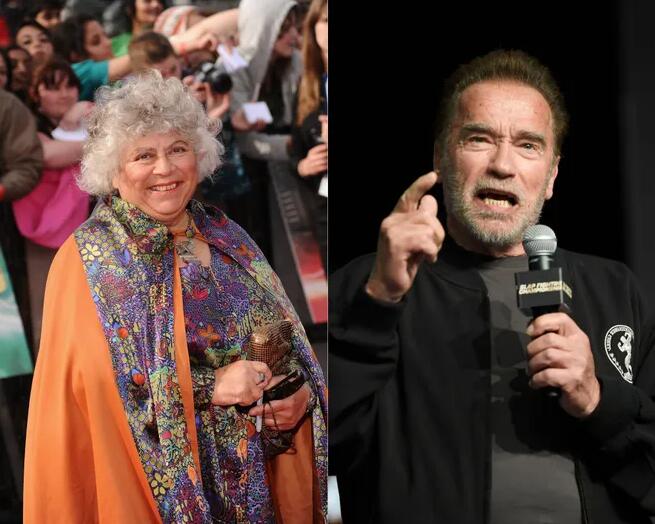 Actress Miriam Margolyes knows how to hold a grudge, opening up about a foul experience she had with former co-star Arnold Schwarzenegger more than two decades ago.

During an appearance on the “I’ve Got News For You” podcast Monday, Margolyes was asked by host Andrew Bucklow if there were any celebrity co-stars she didn’t enjoy working with over the course of her nearly 60-year career.

The “Harry Potter” actress immediately brought up Schwarzenegger, saying she “didn’t care for him.” She explained, “He’s a bit too full of himself.”

Margolyes and Schwarzenegger co-starred in 1999’s “End of Days,” an apocalyptic horror film about an ex-cop’s quest to thwart Satan’s search for a bride.

‘You can stop this war’:Arnold Schwarzenegger makes impassioned plea to Putin, Russians

Margolyes revealed Schwarzenegger was rude to her on set and that they had an unpleasant encounter while filming.

“He farted in my face,” Margolyes told Bucklow. “Now, I fart, of course I do, but I don’t fart in people’s faces. He did it deliberately, right in my face.”

She continued: “I was playing Satan’s sister and he was killing me, so he had me in a position where I couldn’t escape and lying on the floor, and he just farted. It wasn’t on film. It was in one of the pauses, but I haven’t forgiven him for it.”

USA TODAY has reached out to Schwarzenegger’s representatives for comment.

Schwarzenegger wasn’t the only co-star Margolyes has had an unusual experience with. In an interview on the British daytime talk show “This Morning” earlier this month, Margolyes criticized the hygiene of her “Romeo + Juliet” co-star Leonardo DiCaprio, who was 21 at the time of the film’s release.

“He was a bit smelly,” Margolyes said of DiCaprio. “It was very hot in Mexico, and young boys don’t make themselves fragrant. They don’t wash all the bits.”