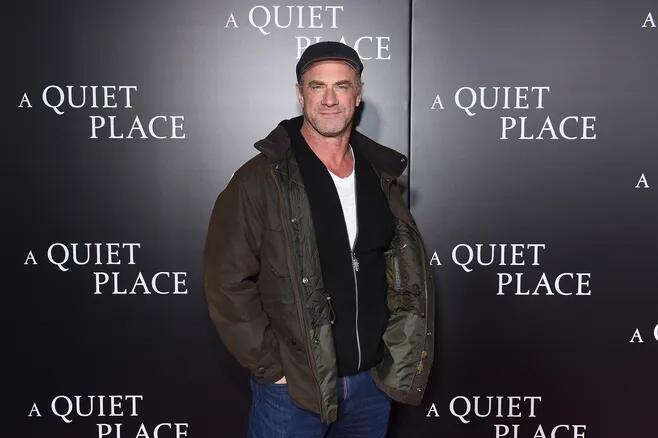 Christopher Meloni is proud of his body and isn’t afraid to bare all – even when he’s working out.

The “Law & Order: Organized Crime” star revealed to People in May that he goes nude when exercising in his home gym, “and I don’t black out the window.” Now, the actor is giving fans a full-frontal look in a new ad for Peloton.

“We love all our Members…even those who observe interesting holidays,” the exercise company tweeted alongside the promo Thursday on National Nude Day.

Throughout the minute-long video, Meloni does weight lifting, yoga, kickboxing and even goes for a run wearing just socks and sneakers, while his private parts are blurred out.

“Apparently, some people think the way I workout is strange,” the “Law & Order: SVU” star opens the ad. “Honestly, I don’t get it,” he teases.

The video ends with a callback to the “Law & Order” opening tagline: “In the Peloton community, users are represented by two separate, yet equally motivated groups: Those who wear pants. And Christopher Meloni.”

NBC replied to the tweet: “We’d take a ride with Stabler any day.”

The spicy new ad arrives as Peloton tries to combat negative press. Shares of the company plunged in January following a CNBC report that claimed Peloton was halting production of its bikes and treadmills due to lower demand.

In the newest Meloni ad, Peloton pushes its fitness app instead of promoting its equipment.

In the December premiere of “Sex and the City” reboot “And Just Like That…,” Chris Noth’s character Mr. Big – Carrie’s (Sarah Jessica Parker) now longtime husband – suffers a fatal heart attack after his 1,000th ride on his treasured Peloton bike.

Peloton attempted to defend its bike with an ad showing Noth alive and well and released a statement from a doctor outlining the cardiovascular benefits of cycling. The video was later deleted by the company after two women accused Noth of sexual assault. The actor has denied their claims.

In another show, “Billions,” whose premiere arrived in January, character Mike “Wags” Wagner also suffers a heart attack while using his Peloton bike. His character fully recovers from the incident.

Peloton on TV:Are you at risk for a heart attack during your workout?