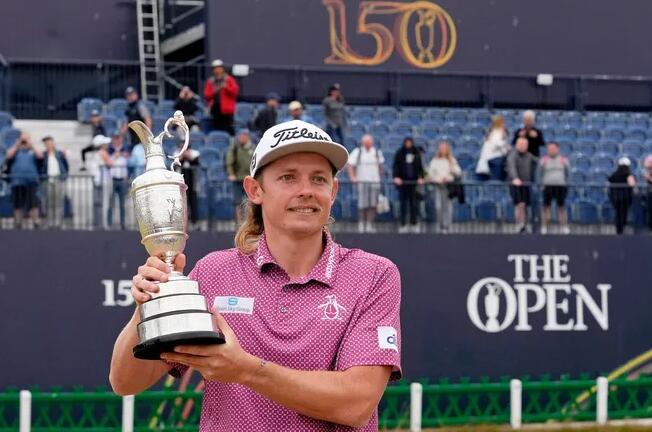 ST. ANDREWS, Scotland – At the outset of Sunday, the fisherman in Cameron Smith must have thought he had to capture a Great White if he were to conquer the Old Course at St. Andrews to win the 150th playing of the Open Championship.

And it wasn’t just any Great White frightening the field. It was Rory McIlroy, the undisputed fan favorite who seemingly had all of this ancient village willing him on to the Claret Jug. In “Jaws” terms, this was a 30 footer, and three tons of him who had kept most all of his peers on edge the first three days, ending the third round as a co-leader with Viktor Hovland and four shots clear of the field.

CLARET JUG: Winner faces dicey decision on whether or not to drink out of ancient trophy

SPORTS NEWSLETTER: Sign up now for daily updates sent to your inbox

Smith, on the other hand, was the guy with the scraggy mullet who hails from Down Under and wasn’t frightening anyone despite a resume that included a victory in the Players. He was four strokes back of the lead, after all, and with McIlroy in full flight after rounds of 66-68-66, Smith’s chances, like his physique, were slim.

But the man who prefers a rod and reel in his hands instead of a 9-iron unleashed the most powerful weapon of the day – his putter. And despite the lion’s share of the massive galleries in McIlroy’s corner, Smith flipped the script and, 50 years after fellow Aussie Ken Nagle toppled fan favorite Arnold Palmer to win the Open at the Home of Golf in its 100th year, got the better of McIlroy and all the rest to add a Claret Jug to his mantle.

His biggest putt, however, came on the Road Hole, the course’s toughest. After his approach came up short of the famous Road Hole Bunker, Smith putted around the hazard to 10 feet and then buried the putt for par to maintain his lead.

His next huge putts came about on the 72nd hole. Smith drove the green and from 80 feet nestled his first putt to three feet. But playing partner Cameron Young had driven the green and then knocked in a 15-footer for eagle to tie Smith if only for a moment. Smith calmly stepped into his putt and knocked it in to win his first major championship.

Smith finished with an 8-under-par 64 to shoot 20-under 268. The 28-year-old now has six PGA Tour titles and two Australian PGA Championships on the DP World Tour.

Young, who likely will be the PGA Tour Rookie of the Year and was ranked in the 500s early last summer, closed with a 65 to finish at 19 under. He also contended into the late stages of the PGA Championship earlier this year.

As for McIlroy, this loss will sting. He had said winning at St. Andrews this year would be his Holy Grail. He was looking to end a major championship drought of eight years. And he led by two with eight holes to play. But he didn’t make a birdie over his last eight holes and shot 70 to finish in third at 18 under.