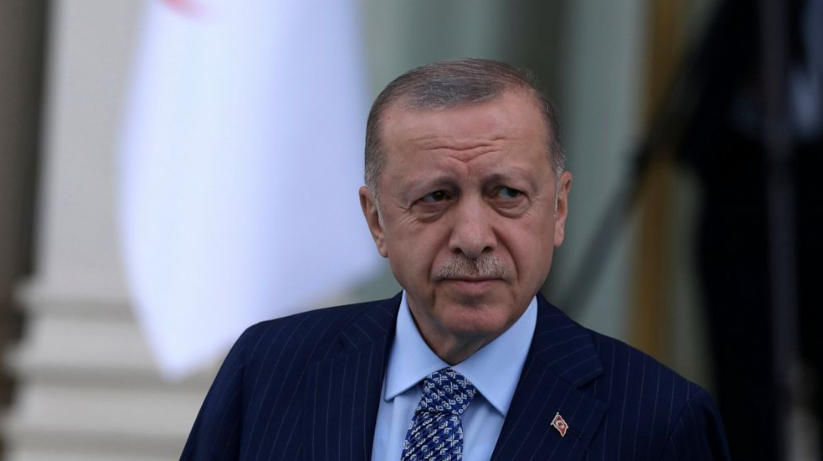 Even by the standards of Turkey’s and Greece’s frequently strained relations, it was a remarkable escalation

ATHENS, Greece — Even by the standards of Turkey’s and Greece’s frequently strained relations, it was a remarkable escalation. Speaking to youths in a Black Sea town, Turkey’s president directly threatened his country’s western neighbor: Unless the Greeks “stay calm,” he said, Turkey’s new ballistic missiles would hit their capital city.

Recep Tayyip Erdogan’s comment on an otherwise unremarkable December weekend followed repeated threats and warnings in recent months: Alleged violations of international treaties by Greece could throw the sovereignty of many inhabited Greek islands into doubt. Turkish troops, Erdogan warned on several occasions, could descend on Greece “suddenly one night.”

The striking rhetoric has led to questions about the reasons behind it, and whether it could be a prelude to more alarming developments, including potential armed conflict between Turkey and Greece, both NATO members.

Both countries face national elections in the first half of 2023, which is likely to ramp up the rhetoric still further, and Russia’s war in Ukraine has demonstrated that an invasion of a smaller European country by a larger neighboring power is no longer unthinkable.

But analysts on both sides of the Aegean Sea are cautious, noting an escalation in verbal barbs but still assessing a military conflict between neighbors Greece and Turkey as unlikely.

Traditional adversaries, the countries are no strangers to tension. Mock dogfights by fighter jets over the Aegean have taken place for decades as the two sides disagree on the limits of Greece’s national airspace.

They are at loggerheads over a broad variety of other issues, including the ethnically divided island of Cyprus, maritime boundaries in the Mediterranean Sea and territorial claims in the Aegean Sea, through which their joint border runs. In 2021, Turkish and Greek warships shadowed each other and briefly collided during a heated dispute over exploration rights to potential offshore energy reserves.

Greece and Turkey have come close to war three times in the past half-century. The most recent was in January 1996, when a last-minute U.S. intervention averted an armed conflict over an obscure pair of uninhabited islets named Imia in Greek and Kardak in Turkish.

Few people in either country had ever heard of them before. But the tensions led to a dramatic military buildup in the Aegean and a Greek navy helicopter crash that killed three officers.

Even in the run-up to that crisis, the rhetoric, particularly from Turkey, was not as bellicose as it is now.

“It is unprecedented. This hasn’t happened before,” said Constantinos Filis, an international relations professor who directs the Institute of Global Affairs at the American College of Greece. “We’re talking of nearly 2 1/2 months where we have nearly daily statements by Turkey against Greece. This hasn’t happened before in duration, and I certainly don’t remember there having been such direct threats.”

The factors fueling the escalation are complex. Along with the approach of elections, they include strains in Turkey’s relations with the United States and its exclusion from a fighter jet purchasing program among others, analysts say.

The U.S. removed Turkey from a program to produce F-35 fighter jets in 2019 after Ankara bought a Russian-made S-400 missile defense system, which Washington said was a threat to the stealth fighter jets. Ankara has since requested new F-16 jets and kits to modernize its existing fleet, but that purchase would require approval from the U.S. Congress.

Greece has lobbied Washington to block its larger, more powerful neighbor from purchasing F-16s while also pursuing its own military procurement and modernization program, which includes new fighter jets and new warships currently being built.

Speaking in the northern Turkish city of Samsun earlier this month, Erdogan said Turkey has begun making its own short-range ballistic missiles, which, he said, was “frightening the Greeks.”

”(The Greeks) say ‘it can hit Athens,’ said Erdogan. “Of course it will. If you don’t stay calm, if you try to buy things from the United States and other places (to arm) the islands, a country like Turkey … has to do something.”

“I think Erdogan’s (missile) statement is his way of telling Greece that actually there is no (military) balance, that Turkey is still superior and therefore Greece should act very cautiously,” Ozgur Unluhisarcikli, director of the German Marshall Fund’s Ankara office, said. “Nevertheless, if you take him at his word, it is a threat and should have no place in Turkish-Greek relations.”

Unluhisarcikli said that apart from reminding Greece of Turkey’s military capabilities, Erdogan also hopes his tough words will help him in the presidential and parliamentary elections currently scheduled for June.

In power since 2003, Erdogan is seeking a third term in office as president amid an economic crisis and skyrocketing inflation that has eaten away at earnings and put even basic necessities out of reach for many.

Unluhisarcikli thinks threatening Greece will not make much of a difference in the races. “Past elections and also the polls suggest that national rhetoric does help a little bit in the beginning, but the impact is short-lived,” he said. “Its impact is not even nearly comparable to the economic situation.”

Filis agreed the Turkish elections were among the reasons for Erdogan’s verbal escalation. But, he noted, it was the first time Greece appeared so prominently in public discourse in the lead-up to a national vote.

Ankara recently has focused on the militarization of the Greek islands in the eastern Aegean Sea, saying international treaties prohibit the presence of armed forces. Greece counters that it is adhering to the treaties and needs to defend the islands against a potential attack from Turkey, which maintains a sizable military force on its nearby coast.

Turkey “is building a story, a narrative, so it can (potentially) attribute its own aggressive act against Greece to legitimate self-defense,” Filis said, a tactic that “has many similarities with what Russia did and is doing in Ukraine.”

Still, chances of open conflict — or of an accident or military incident triggering an unplanned escalation — remain slim, both analysts agreed. An armed conflict is “still a very, very low probability,” Unluhisarcikli said, noting that past accidents, such as collisions between navy vessels or jet crashes during island patrols, had not led Turkey and Greece to war.

A military incident or conflict “is a scenario that doesn’t have much probability,” said Filis. “But the climate that the Turkish leadership is cultivating could make something like that easier.”