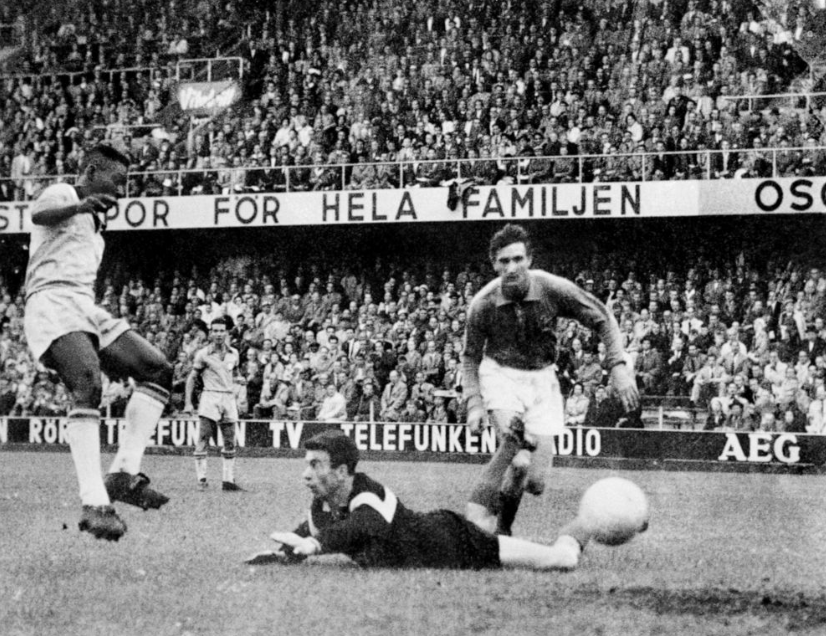 Pelé was diagnosed with colon cancer in 2021.

Family members of Brazilian soccer superstar Edson Arantes do Nascimento, known as Pelé, gathered by his hospital bed on Christmas Eve as he faces health challenges.

The 82-year-old former forward was diagnosed with colon cancer in 2021. Earlier this week, the Albert Einstein hospital in São Paulo said in a statement the colon cancer had advanced and Pelé was in “elevated care” around kidney and heart “dysfunctions.”

His daughter Kely Nascimento posted an image on Instagram Saturday showing family members sleeping by his side in the hospital.

“We are still here in the fight and with faith. Another night together,” she captioned the image.

His son Edson Cholbi Nascimento, a coach and former player known as Edinho, also posted an image on Saturday from the hospital, showing the father and son holding hands.

“Father… my strength is yours,” he captioned the post.

Pelé, widely considered one of the best soccer players in history, holds the Guinness World Record for Most Career Goals, scoring 1,279 goals in 1,363 between Sept. 7, 1956 and Oct. 1, 1977, and the only football player to have won three World Cups.

Pelé announced his official retirement from soccer in 1974, however he decided to continue playing and joined the North American Soccer League’s New York Cosmos before retiring in 1977.

FIFA granted a joint award to Pelé and Argentina’s Diego Maradona in December 2000, naming them the Player of the Century. The International Olympic Committee named him the Athlete of the Century in 1999.

After retiring from soccer, he was appointed to be a UNESCO Goodwill Ambassador in 1994, becoming the first athlete to receive that distinction. He was appointed a U.N. ambassador for ecology and the environment in 1992.