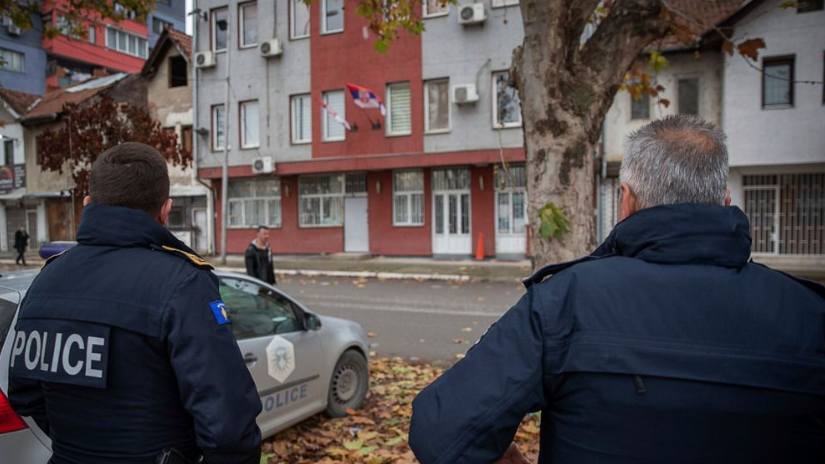 BELGRADE, Serbia — Serbia’s prime minister said Friday the country’s leadership was close to demanding the deployment of their security troops to Kosovo, claiming lives of minority Serbs there were being threatened. The return of Belgrade’s troops to the former Serbian province could dramatically increase tensions in the Balkans.

Serbian officials claim a U.N. resolution that formally ended the country’s bloody crackdown against majority Kosovo Albanian separatists in 1999 allows for some 1,000 Serb troops to return to Kosovo. NATO bombed Serbia to end the war and push its troops out of Kosovo, which declared independence in 2008.

The NATO-led peacekeepers who have been working in Kosovo since the war would have to give a green light for Serb troops to go there, something that’s highly unlikely because it would de-facto mean handing over security of Kosovo’s Serb-populated northern regions to Serbian forces.

Serbian Prime Minister Ana Brnabic accused the force of some 4,000 peacekeepers, known as KFOR, of failing to protect Serbs from alleged harassment by Kosovo’s security troops, and said 1,000 Serb officers should return to Kosovo.

She accused Kosovo Prime Minister Albin Kurti of bringing the region “to the edge” of another war.

“We are close to requesting the return of our forces to Kosovo under Resolution 1244, because KFOR is not doing its job.” Brnabic said. “Serbs do not feel safe and are physically and life threatened, including children in kindergartens.”

Kurti’s office said any such move from Serbia would be “an act of aggression” and an indication of “Serbia’s tendencies to destabilize the region.”

“Kosovo is an independent and sovereign country,” Kurti’s office said in an emailed response to an AP request for comment. “Any act that aims at violating that, is an act of aggression.”

Kurti’s office noted that the last time Serbian police and military were in Kosovo, before the end of the 1999 war, “there was oppression that led to genocide in Kosovo … there was an international humanitarian intervention to bring peace and kick them out of Kosovo.”

Kosovo’s president, Vjosa Osmani, responded to the statements from Belgrade by saying that “no Serb soldier or police officer would set foot on Kosovo’s soil again.”

“The open threat for police and military aggression from Serbia testifies that the hegemonic policy continues in that state,” Osmani said on social media. “That should be clearly refuted and opposed by the whole democratic world.”

A European Union mission tasked with supporting Kosovo’s rule of law institutions said that its 134 polish, Italian and Lithuanian police officers have partly replaced the 576 Serb police officers who resigned a month earlier.

The EU’s Rule of Law Mission in Kosovo (EULEX) told the Associated Press that it has stepped up reconnaissance patrols, including on foot, in “all northern municipalities” in close coordination with the Kosovo Police and NATO/KFOR.

But it said that it cannot replace the Kosovo Police.

“We call for responsible actions and policies by all parties and a de-escalation of tensions. This is first and foremost for the benefit of the local population whose safety and security are at risk due to the current situation,” said EULEX.

Tensions have been high in Kosovo since it proclaimed independence from Serbia despite attempts by the European Union and U.S. officials to defuse them. Serbia, supported by its allies Russia and China, has refused to recognize Kosovo’s statehood.

The demand for the Serb troop deployment came a day after unknown gunmen slightly injured a Kosovo law enforcement officer. The Kosovar police presence recently was increased in Serb-dominated areas of northern Kosovo where a snap election is to be held on Dec. 28.

Earlier this week, some election centers were damaged and shooting was heard in those communes, raising fears of further escalation of the long-simmering tensions.

Later last month, under EU mediation and with U.S. direct assistance, Kosovo and Serbia reached a deal that Serbia would stop issuing license plates now used in Kosovo and Kosovo’s government would stop further actions to deny the re-registration of vehicles.

The European Union has warned Serbia and Kosovo they must resolve their dispute and normalize relations to be eligible for membership in the EU.