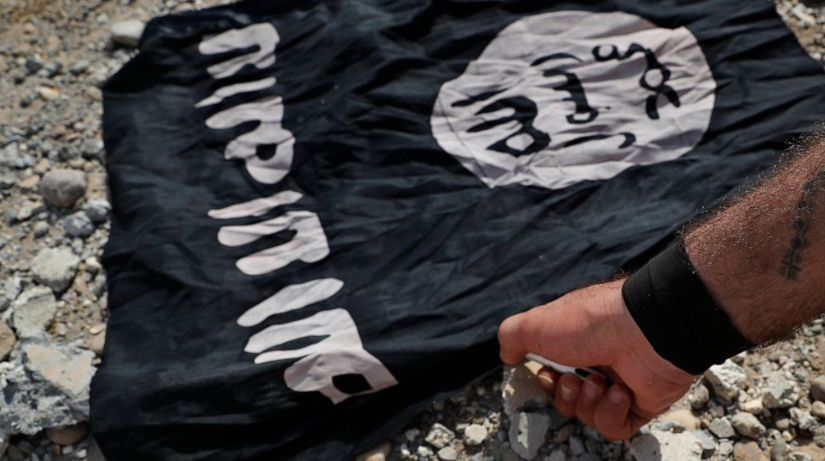 BEIRUT — The leader of the Islamic State group, Abu al-Hassan al-Hashimi al-Qurayshi, was killed in battle recently, the group’s spokesman said in audio released Wednesday. He gave no further details.

Al-Qurayshi is the second IS leader to be killed this year at a time when the extremist group has been trying to rise again with its sleeper cells carrying out deadly attacks in Iraq and Syria. Its affiliate in Afghanistan also claimed attacks that killed dozens in recent months.

“ISIS remains a threat to the region,” the U.S. Central Command said. “CENTCOM and our partners remain focused on the enduring defeat of ISIS.”

The Britain-based Syrian Observatory for Human Rights, an opposition war monitor, reported in mid-October, that Syrian rebels who had earlier reconciled with the government killed a group of IS fighters in the southern village of Jassem in Daraa province.

They included a commander identified as an Iraqi citizen along with a Lebanese fighter and others, the observatory said, adding that one of the IS fighters detonated an explosive belt he was wearing during the clash.

Little had been known about al-Qurayshi, who took over the group’s leadership following the death of his predecessor, Abu Ibrahim al-Hashimi al-Qurayshi, in a U.S. raid in February in northwest Syria.

None of the al-Qurayshis are believed to be related. Al-Qurayshi is not their real name but comes from Quraish, the name of the tribe to which Islam’s Prophet Muhammad belonged. IS claims its leaders hail from this tribe and “al-Qurayshi” serves as part of an IS leader’s nom de guerre.

The death marked a blow to the group that was defeated in Iraq in 2017 and in Syria two years later. The announcement by IS spokesman Abu Omar al-Muhajer came at a time when IS has been trying to carry out deadly attacks in parts of Syria and Iraq the extremists once declared a caliphate.

“He died fighting the enemies of God killing some of them before being killed like a man on the battlefield,” al-Muhajer said.

“He is one of the veteran warriors and one of the loyal sons of the Islamic State,” al-Muhajer said. Little is also known about Abu al-Hussein al-Husseini al-Qurayshi.

Asked in Washington about al-Qurayshi’s death, the spokesman for the U.S. National Security Council, John Kirby, said: “We certainly welcome the news of the death of another ISIS leader. I don’t have any additional operational details to provide at this time.”

Al-Qurayshi is the third leader to be killed since founder Abu Bakr al-Baghdadi was hunted down by the Americans in a raid in northwest in October 2019.

No one claimed responsibility for the killing.

On Wednesday, a bomb blast hit a religious school in northern Afghanistan killing at least 10 students, a Taliban official said. There was no immediate claim of responsibility but the Afghan affiliate of IS has been waging a campaign of violence that escalated since the Taliban took power in August 2021.

Earlier this month, IS militants attacked an Iraqi army position in the northwestern governorate of Kirkuk, killing four soldiers.

The Islamic State group broke away from al-Qaida about a decade ago and ended up controlling large parts of northern and eastern Syria as well as northern and western Iraq. In 2014, the extremists declared their so-called caliphate, attracting supporters from around the world.

In the following years, they claimed attacks throughout the world that killed and wounded hundreds of people before coming under attack from different sides. The group used social media to show the world its brutality, releasing videos of people being beheaded, drowned alive in pools while locked in metal cages or set on fire after being doused with gasoline.

In March 2019, U.S.-backed Syrian fighters captured the last sliver of land the extremists once held in Syria’s eastern province of Deir el-Zour that borders Iraq. Since then, IS fighters have been carrying out sporadic attacks.