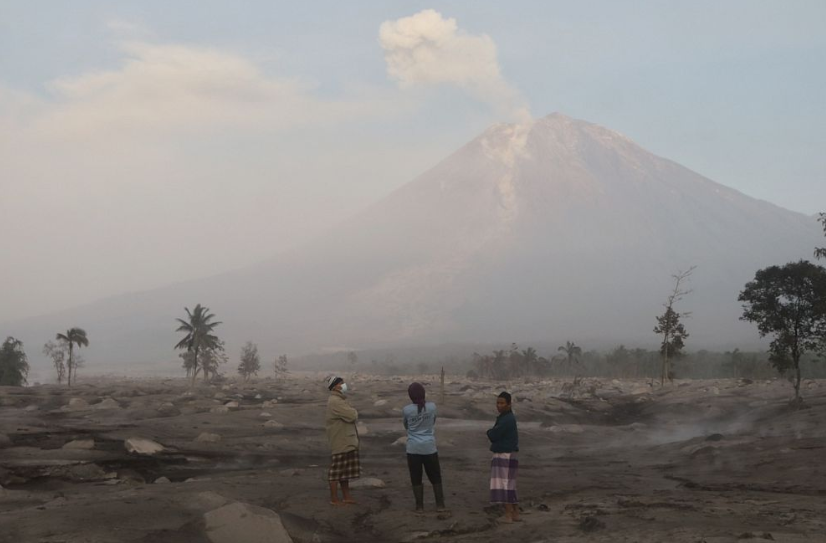 Mount Semeru killed 51 people when it erupted in December 2021.

Evacuations were announced Sunday as the 12,060-foot volcano, located in East Java in Indonesia, about 300 miles southeast of the capital Jakarta, began to spew lava and ash into the densely populated island on Sunday just before 3 a.m. local time, according to local authorities.

Thick ash was blasted more than 4,000 feet into the air while lava flowed down the slopes toward the Besuk Kobokan river, about 8 miles from the crater, the country’s National Disaster Management Agency announced.

At one point, the volcanic activity level had been raised to Level 4, the highest status, according to Indonesia’s Center for Volcanology and Geological Hazard Mitigation.

While monsoon rains eventually eroded and collapsed the lava dome on top of Mount Semeru, nearby villages were advised to stay more than 3 miles away from the crater’s mouth and prompted evacuations for thousands of people, officials said.

Hundreds of people were moved to temporary shelters or evacuated the area, The Associated Press reported, citing the disaster management agency in Lumajang in the East Java province.

Prior to Sunday, Mount Semeru erupted from Nov. 23 to Nov. 29, with daily explosions at the summit that sent ash plumes nearly 3,000 feet into the sky, according to the Global Volcanism Program at the Smithsonian Institute’s National Museum of Natural History.

The last major eruption occurred in December 2021, which killed 51 people in nearby villages, according to the AP. More than 10,000 villagers were evacuated, and hundreds of people were severely burned by the hot ash and lava expelled from the volcano.

There are 129 active volcanoes within the Indonesian archipelago, and tens of thousands of people continue to live downslope from the summits.

Indonesia sits along the “Ring of Fire” in the Pacific, a series of fault lines prone to earthquakes and volcanic activity.