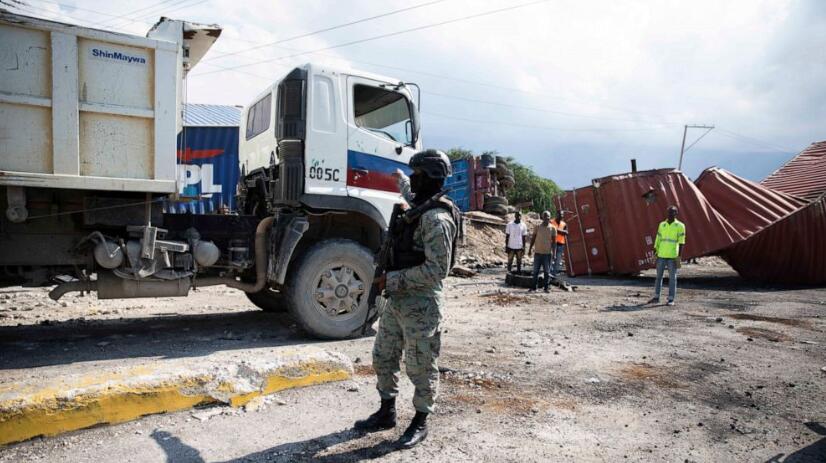 PORT-AU-PRINCE, Haiti — Dozens of trucks lined up at a main fuel terminal in Haiti’s capital Tuesday to fill up their tanks for the first time since a powerful gang seized control of the area nearly two months ago.

The drivers were protected by a heavily armed police convoy formed two days after gang boss Jimmy Cherizier, a former police officer nicknamed “Barbecue,” announced that the G9 gang federation he leads was lifting a fuel blockade and allowing drivers to fill up at the depot.

Government officials said that gas stations. which have been closed since mid-September, would be resupplied Wednesday through Friday and open to customers on Saturday.

“Now we can breathe,” said Gabriel Salny, a truck driver who was relieved to be again working and earning money. “Hunger almost killed me.”

He said the fuel blockade “had an impact on the country, on all Haitians.”

It wasn’t immediately clear if the gang federation retained control of the area surrounding the depot in Port-au-Prince that contains about 10 million gallons of diesel fuel and gasoline and more than 800,000 gallons of kerosene.

On Monday, Haiti’s Ministry of Defense issued a statement saying that soldiers and police seized control of the fuel terminal after 16 operations as it congratulated those efforts.

If gas stations open as planned, hospitals and businesses including banks and grocery stores are expected to resume normal operations.

The government has not said whether an increase in fuel prices announced in September would remain in place. At the time, Henry said his administration could no longer afford to subsidize fuel, sparking large protests and the fuel blockade by the G9 gang federation that demanded the prime minister’s resignation.