Woody Allen says 50th film will be his last: ‘That’s a good time to stop’ 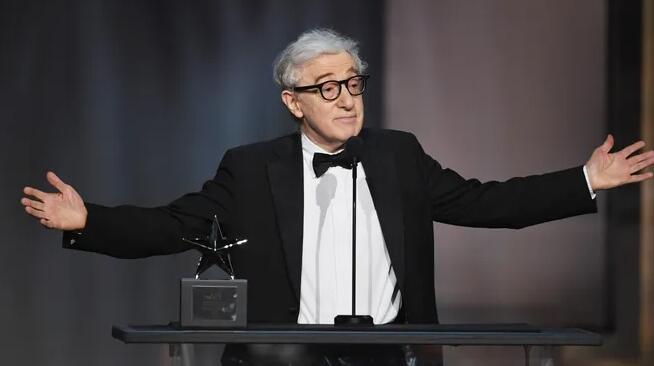 Woody Allen is serious about leaving cinema behind.

In an interview with the Spanish publication La Vanguardia, published Saturday, the Oscar-winning director said he plans to focus more on his writing career after production wraps on his next film.

“My idea, in principle, is not to make more movies and focus on writing,” Allen told the outlet, adding he’s planning on writing a novel. “My next film will be my 50th: I think that’s a good time to stop.”

USA TODAY has reached out to Allen’s representative for comment.

In 2020, Allen was set to publish his memoir “Apropos of Nothing,” but the release was canceled when employees voiced their complaints. “Apropos of Nothing” was published by the small press Arcade instead of Hatchette, who also released his collection of short stories, “Zero Gravity,” this summer.

This isn’t the first time Allen has talked about retiring from filmmaking.

During an Instagram Live session with Alec Baldwin in June, while promoting his latest book, Allen said he was “about to maybe do my 50th movie” in Paris and likely wouldn’t do much more directing in his career. “I’ll probably make at least one more movie, but a lot of the thrill is gone because it doesn’t have the whole cinema effect.”

“When I started, you’d do a film and it would go into movie houses all over the country and people would come by the hundreds to watch it in big groups on the big screen,” Allen explained. “Now, you do a movie and you get a couple of weeks in a movie house…and then it goes right to streaming.”

Allen told La Vanguardia that the upcoming film will be reminiscent of his 2005 romance thriller “Match Point,” which starred Scarlett Johansson, Jonathan Rhys Meyers and Emily Mortimer, describing it as “exciting, dramatic and also sinister.”

The 86-year-old filmmaker has become the subject of controversy in recent years after his adoptive daughterDylan Farrow’s allegations of sexual abuse resurfaced in the wake of the #MeToo movement. Farrow has long maintained that Allen molested her when she was a child, discussing the alleged assault in articles and on camera, including Kirby Dick and Amy Ziering’s HBO docuseries “Allen v. Farrow.”

Allen has consistently denied the allegations and has not been criminally charged.