Putin ‘on the ropes’ as Ukrainians continue counteroffensive 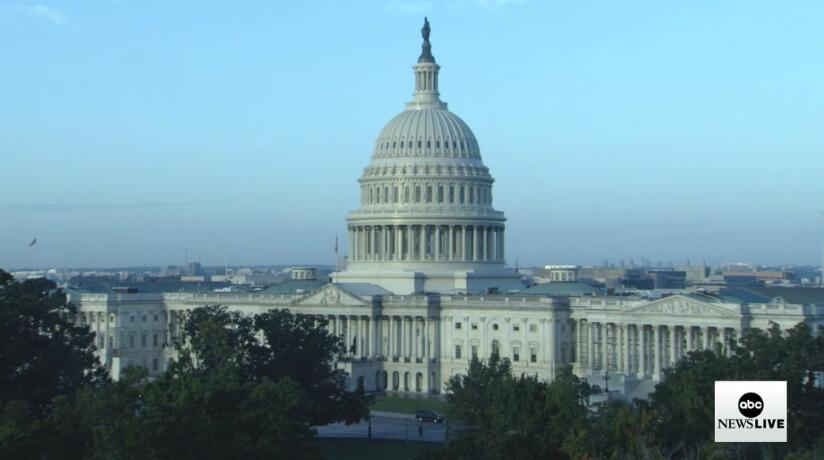 The White House has denounced referendums in occupied territories.

As Ukrainian forces continue to mount a counteroffensive against the Russian Army and reclaim the country’s invaded land in the northeast, Russian President Vladimir Putin has upped his military mobilization and rhetoric against Ukrainian officials.

START HERE: Ukraine’s continuing to push Russia out of some of its strongholds…and we’re just beginning to see what life was like for residents there, right?

TOM SOUFI BURRIDGE: Yeah, exactly. We’ve been into areas of the newly liberated territory. It took us about three hours to drive down there from Kharkiv City to the southeast of here. And we went to a city called Izyum, and it might be a name that’s beginning to register with people right now. In the forest, by the city, we visited what is a newly discovered mass burial site and what the Ukrainian authorities have now been doing over the last few days, and we witnessed them working [with] these forensic teams in their white overalls. I mean, really digging with care down into the ground, into kind of sandy ground below this pine forest to dig up these bodies, remove them from the ground, [and] exhume them so that they can really identify the victims.

Now, I think what people might not realize about this when they’ve watched this on the kind of news headlines is that some of the people in this forest have died of natural causes. Now, they might have died prematurely because of lack of food, lack of water [and] lack of medicine in these Russian-occupied territories during the war. And more disturbingly, I think, some of the victims being pulled out of the ground, according to Ukrainian officials, are showing signs of torture.

We also met a guy called Sergei living still in Izyum. We met him by his apartment block, which was wrecked in a Russian missile strike. More than 40 of his friends and neighbors were killed during that attack and most of them are now buried in that burial site in the forest.

We met relatives going up to those graves. They’re going there to try and find relatives to try and identify where their relatives are. And we actually met one lady who had a piece of paper and she had the number of the grave of her husband. She knew where he was. He was killed in a Russian airstrike or shelling, but she had two numbers for her mother-in-law. And she had no idea which of the two graves, that were numbered, was the correct grave for her mother-in-law.

START HERE: Well, so then you think about these towns that have been under Russian control for several months now, not weeks, but months. And does that help us explain what’s happened in the last 24 hours? Because I heard Russia is now organizing referendums in some of the pockets of Ukraine where they do control. And these referendums would be like a vote, like do you want to be part of Russia? To which I would have said, like, duh, these can be sham elections. I’m sure Russia is going to say, “Yep, everyone wants to be Russian now” – it doesn’t mean it’s true. So like, why was that announcement such a big deal?

BURRIDGE: I think it’s a massive deal because…I’m pretty confident they will not be free and fair. This will not be a vote that will be recognized internationally. In the White House and the Pentagon [they] are saying it’s a sham. And I think most people around the Western world would agree with that.

And now we’re effectively seeing Russia saying, “OK, we’re going to say that all of that territory in our command in the south and the east is actually Russian property. We’re going to officially recognize that that is Russian land.” And the reason this matters is because in the war going forward, it raises the stakes a bit and it raises the possibility that if Ukraine with Western-supplied weapons is attacking those territories, Russia might try and claim that that is a direct attack on Russia and you get more.

START HERE: So now all of a sudden the response is as if they attacked St. Petersburg or if they attack some border town in Russia. That’s how they’re going to react.

BURRIDGE: Now, that’s, I think that’s the principle they’re laying down in their rhetoric. Now, obviously, I think some analysts are already saying, well, wait a minute. And actually you hear this from U.S. officials already. They’re saying, “This is grandstanding by the Russians. This is part of their information game.”

They’re trying to raise the stakes. Putin’s on the ropes. He’s massively weakened after he lost huge amounts of territory in northeastern Ukraine, up around Kharkiv, where we are. And he’s in trouble. He’s being increasingly isolated internationally. In recent days it’s been really interesting at home. It’s hard to read right back in Russia. We don’t know what public opinion’s like.

The media is very controlled. There’s no freedom of expression, etc. For example, a megastar Russian singer came out recently on Instagram and basically, and really came out for the first time against the war. And that is a figure that really is massively popular among the generations, like someone who really stretches back to the older generations as well, who are traditionally quite a sort of fans of Putin. So Putin’s in trouble and he’s in a corner and now he’s coming out with these kinds of tactics to raise the stakes on the battlefield. And it feels like a slightly dangerous moment.