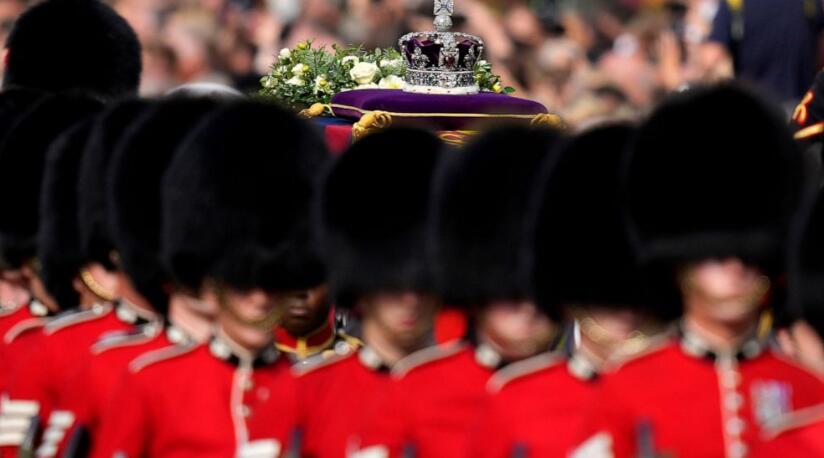 Queen Elizabeth II has left Buckingham Palace for the last time, her casket borne to Westminster Hall by a horse-drawn gun carriage.

Her son, King Charles III, and his siblings and sons marched behind the coffin, which was topped by a wreath of white roses and her crown resting on a purple velvet pillow.

The military procession from the palace was designed to underscore the queen’s seven decades as head of state as the national mourning shifted to the boulevards and landmarks of London. Eight pallbearers carried the coffin into the historic hall and placed it on a raised platform.

The queen will lie in state for four days until her funeral Monday, with hundreds of thousands of people expected to file past.

Shortly after 5 p.m., the public viewing began in the center of the vast medieval hall. People flowed in two lines in a silent river of humanity.

Some wore black or suits and ties, others jeans and sneakers. They waited hours for a journey past the coffin that lasted only a few minutes.

Many were in tears as they approached the casket. Some doffed their hats and one curtseyed. One fell to one knee and blew a kiss.