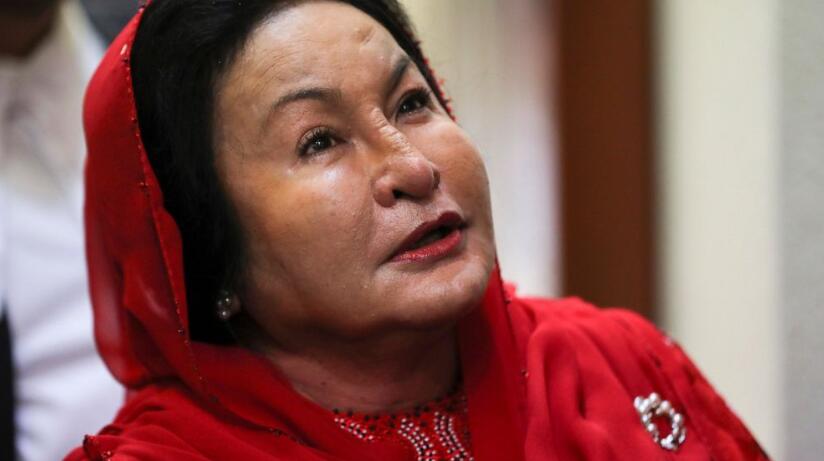 KUALA LUMPUR, Malaysia — Malaysia’s top court on Saturday condemned as a smear attempt the leaking of an alleged guilty verdict against the wife of former Prime Minister Najib Razak days after he was imprisoned for graft linked to the looted 1MDB state fund.

The High Court is due to deliver its verdict Thursday in Rosmah Mansor’s graft trial over a 1.25-billion-ringgit ($279-million) solar energy project. Najib began a 12-year prison term Tuesday after losing his final appeal in one of the five graft cases against him involving 1MDB.

The Malaysia Today website, run by a Malaysian blogger now based in England, posted a 71-page document it described as containing a guilty judgment against Rosmah. The report late Friday alleged the verdict was written by unknown people and not by the High Court judge handling Rosmah’s case.

The Chief Registrar office of the Federal Court, Malaysia’s top court, condemned the website’s action as “a deliberate act” to smear the court’s reputation. It said it has lodged a complaint with police and vowed the court would not be cowed by attempts to threaten the administration of justice.

“This office stresses that the judiciary will not be harassed by illegal and irresponsible acts meant to tarnish the integrity of the country’s judicial system,” the statement said.

Just four days ago, the chief registrar also filed a police report against Malaysia Today for publishing a document it said was the Federal Court’s guilty verdict against Najib, just before the ruling was read out in court. The court has said the leaked document was a working draft of the ruling.

Rosmah faces three charges of soliciting bribes and receiving 6.5 million ringgit ($1.5 million) between 2016 and 2017 to help a company secure a project to provide solar energy panels to schools on Borneo Island.

If she is found guilty, Rosmah is expected to remain out on bail for her appeal to higher courts.

Najib, his wife and several senior officials have faced corruption charges since the 1MDB scandal sparked public anger that forced his government out of office in 2018.

He says he is innocent and was misled by others. Rosmah’s defense lawyers argued an aide who testified against her was a corrupt liar.

Despite his conviction, Najib remains influential in his United Malays National Organization party, which returned to power after defections caused the collapse of the reformist government that won the 2018 polls.

Najib cannot compete in general elections due in September 2023, unless he gets a royal pardon, as his supporters are advocating.