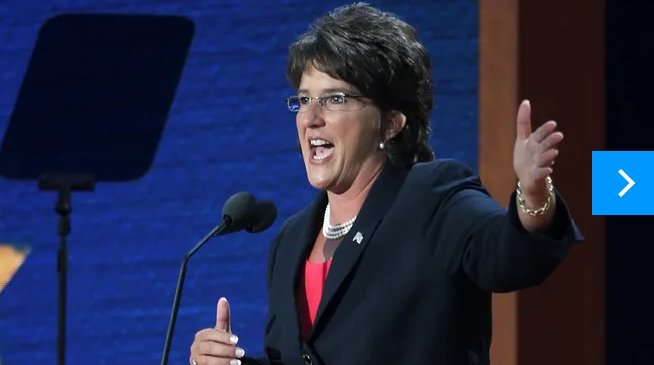 Rep. Jackie Walorski, R-Ind., was killed Wednesday in a car crash in her home state of Indiana.

Emma Thomson, a member of Walorski’s staff, and Zach Potts, chairman of the St. Joseph County Republican Party, also were killed in the crash, according to the Elkhart County Sheriff’s Office  The sheriff’s office reported that Walorski’s vehicle was traveling on a state route in Elkhart County when a car traveling the opposite direction crossed the center line, colliding head-on with the vehicle.

The driver of the other vehicle, Edith Schmucker, 56, of Nappanee, Indiana, also died in the crash,according to the sheriff’s office.

In a statement from the White House, President Joe Biden said he and First Lady Jill Biden were “shocked and saddened” at the news of Walorski’s death.

Walorski, 58, was born in South Bend, Ind., and was first elected to Congress in 2012. Before she was elected to Congress, Walorski served three terms in the Indiana Statehouse, worked as a missionary in Romania and spent time as a television news reporter and development director in higher education.

News of Walorski’s death prompted an outpouring from congressional colleagues and others in Washington on both sides of the aisle. House Speaker Nancy Pelosi ordered the flags at the U.S. Capitol to be flown at half-staff to honor Walorski.

“A lifelong Hoosier, Congresswoman Walorski lived a life of service: whether caring for impoverished children in Romania, representing her community in the Indiana Statehouse or serving nearly a decade in the House,” Pelosi said in a statement. “She passionately brought the voices of her north Indiana constituents to the Congress, and she was admired by colleagues on both sides of the aisle for her personal kindness.”

The White House also announced it will will fly flags at half-mast Wednesday and Thursday in honor of the congresswoman.

Former Vice President Mike Pence, an Indiana native, said he was “heartbroken” over the loss of a “truly inspiring Indiana leader.”

“She served Indiana in the Statehouse and the Congress with integrity and principle for nearly two decades and will be deeply missed,” Pence tweeted.

House Republican Whip Steve Scalise, R-La., said in a prepared statement that he was “devastated” to learn of Walorski’s death.

“She was a champion for the people of Indiana, and she will be remembered for her kindness, tenacity, and commitment to helping others,” he said. “Jackie and her staffers died serving her constituents. They will be missed, and our nation will miss their service. My prayers are with Jackie’s loving husband Dean, her entire family, and the families of both of her staffers.”

Rep. Judy Chu, D-Calif., who served with Walorski on the Ways and Means Committee an co-chaired the Integrative Health and Wellness Caucus with the Indiana congresswoman, sponsored bills on breast cancer equity and nutrition care for those with eating disorders.

“In our time working together I was consistently struck by her dedication to her district and her deep desire to find ways to make our health care system work for everyone,” Chu said in a statement to USA TODAY.

Rep. Darrell Issa, R-Calif., said Congress had “lost one of our best.”

“Rep. Jackie Walorski was a true leader/legislator and the most thoughtful person one could hope to meet. She was dedicated and determined, and the kindest of colleagues — with the heart to match,” he said in a prepared statement.

Transportation Secretary Pete Buttigieg, a Democrat and fellow Indiana native, lauded Walorski for her approach even as they disagreed.

“Though we came from very different places politically, she was always prepared to work together where there was common ground, always decent and straightforward, and she cared deeply about her work and her constituents,” he tweeted Wednesday.