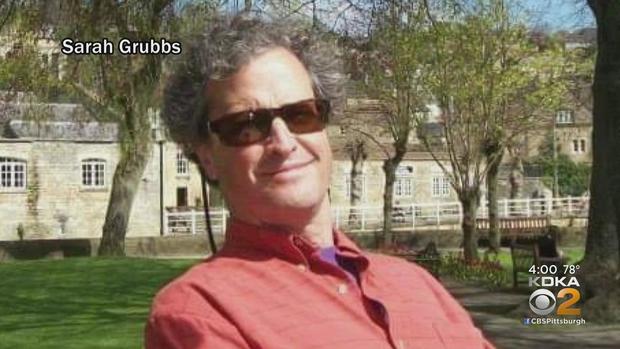 Like women’s basketball star Brittney Griner, U.S. teacher Marc Fogel is doing labor in a Russian prison after attempting to enter the country with medical marijuana. But the State Department has not publicly mentioned Fogel’s name in connection with a proposed prisoner swap with Russia, as it has with two-time Olympian Griner and Paul Whelan, a former U.S. Marine who has been held in Russia for about two years after being sentenced to 16 years for spy charges that he denies.

On Thursday, a Russian diplomat confirmed to Russian media that prisoner exchange talks have started. Fogel’s niece Kelly Leguineche said State Department officials have not explained why her uncle has not been factored into those discussions or classified as “wrongfully detained” by the U.S. government, a step that allows the special presidential envoy for hostage affairs to start negotiations for release.

“It’s devastating because it feels like this was our last opportunity to save his life, and we just couldn’t get the momentum we needed for it to matter to them,” Leguineche said.

A State Department spokesman did not comment to CBS News on whether they are still considering classifying Fogel as wrongfully detained, but said the department regularly reviews cases of all U.S. nationals detained abroad to determine if their detention is wrongful.

When Fogel was arrested last summer in Russia, State Department officials advised his family to keep a low profile and hope for a lenient sentence, according to Leguineche. But after 60-year-old Fogel was handed a 14-year sentence in June, his family switched tactics to try to draw attention to his case. His niece launched an online petition to try to generate for her uncle a fraction of the political pressure that arose from the outcry by Griner’s fans and family about the WNBA star’s plight.

“No one in the family or anyone that we’ve spoken to who is knowledgeable about the conditions of the penal colony thinks that he will survive anything close to this term.” said Leguineche, who fears she may not see her uncle again. “Paying with your life for having less than an ounce of personal use, medicinal marijuana for chronic spinal pain is not justice.”

Fogel had over 20 times the amount of cannabis products in his bag as Griner did in her carry-on, and was sentenced with a higher-level charge of “large-scale” drug trafficking for attempting to bring about 17 grams of marijuana into Russia.

According to William Elliott Butler, a law professor at Penn State Dickinson Law and expert in Russian law, the typical sentencing range for the amount of cannabis in Griner’s possession is 5 to 10 years, whereas Fogel brought in enough marijuana for a minimum of 10 years and a maximum of 15 in prison. Both Griner and Fogel claimed the drugs were prescribed for severe pain, but the Russian penal code makes no distinctions for prescribed cannabis, and both now face near-maximum punishments.

If the State Department cannot negotiate Griner’s release, she will endure 9.5 years of labor in Russian prison for drug trafficking charges of less than 1 gram of hashish oil. The U.S. State Department classified the WNBA player as “wrongfully detained” before she was convicted by a Russian court, which Butler said is highly unusual. According to Butler, the State Department calculus on whether to give that key classification to a U.S. citizen held by a foreign government boils down to “a political judgment.”

“Brittney has a lot of support, so the administration responded,” Butler said.

Phillips said she believes the Russian court’s sentencing, which occurred less than four months after the Kremlin had invaded Ukraine, was unduly harsh because of political concerns and suggested it was out of proportion with the crime.

“The same court that gave Marc 14 years for less than 20 grams of medical marijuana, gave 15 years for contraband and sale of over 105 kilos of cocaine,” Phillips said in a statement.

But William Pomeranz, a specialist in the Russian legal system who has worked as a lawyer in the U.S. and Russia, said Russian drug laws have long been “severe.” Pomeranz was not optimistic that the U.S. would broaden its request list for a proposed swap.

“To add a third person means that in all likelihood, the Russians would want three people in exchange for three Americans, and it doesn’t appear at this stage that the United States is willing to do that,” said Pomeranz, the director of the Wilson Center’s Kennan Institute.

Viktor Bout, one of the possible U.S. prisoners who might be exchanged for Griner or Whelan, has been called  the “merchant of death” and was convicted of conspiring to sell weapons to people who planned to kill Americans. CNN has reported Russian officials are also requesting that convicted murderer Vadim Krasikov, who is currently being held in Germany, be included in exchange talks.

Leguineche has “almost no insight” into her uncle’s current condition, because the family is limited to communicating with him through letters that are translated into Russian so they can be screened. Fogel and his wife were traveling to Moscow to teach in an international private school when he was detained at the airport there.

Earlier this month, a bipartisan group of 11 congressmen from Fogel’s home state of Pennsylvania urged Blinken to immediately classify Fogel as wrongfully detained.

“I’m still hoping that [the State Department] will reach out to my mom or my aunt and explain what the plan is,” Leguineche said. “We’re desperate for some indication that they’re not just going to forget him.”