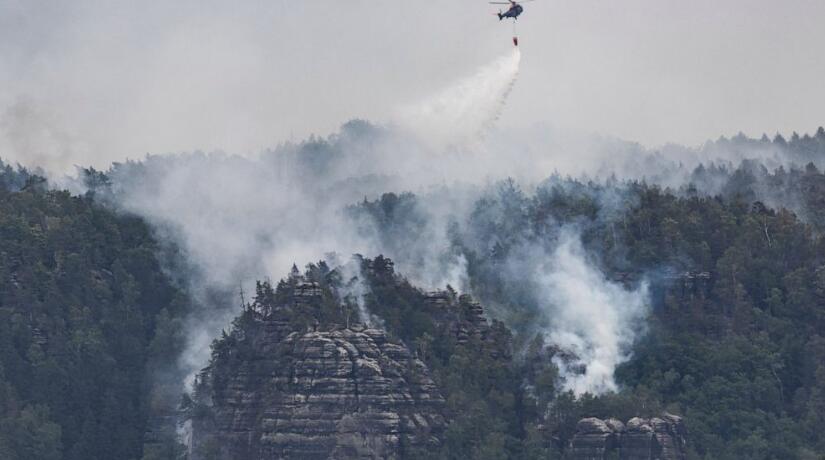 BERLIN — A large wildfire on the German-Czech border is spreading and threatening to destroy a forested national park popular with tourists.

The fire in the region called Bohemian Switzerland on the Czech side and the Saxon Switzerland national park on the German side, which started on the weekend, had seemed to be under control, but spread again early Thursday, German news agency dpa reported.

Hundreds of firefighters on both sides of the border and with help from neighboring Poland and Slovakia were battling the flames, while local authorities warned tourists to stay away.

About 250 hectares of forest are currently burning and eight firefighting helicopters were helping to douse the flames, dpa reported.

Another large forest fire in the Elbe-Elster district in the eastern German state of Brandenburg also flared up again on Wednesday evening, local authorities said.

Germany’s minister for agriculture said Wednesday night the government would help battle the fires and praised those already working to extinguish them. Germany’s army has sent several military helicopters to both fires to support local units.

The fight against the fire in Brandenburg has been further complicated because some areas are contaminated with World War II ammunition and can only be extinguished from the air by helicopters. It is too dangerous for firefighters to enter these areas as old ammunition triggered by the heat or by people stepping on it can explode at any time.