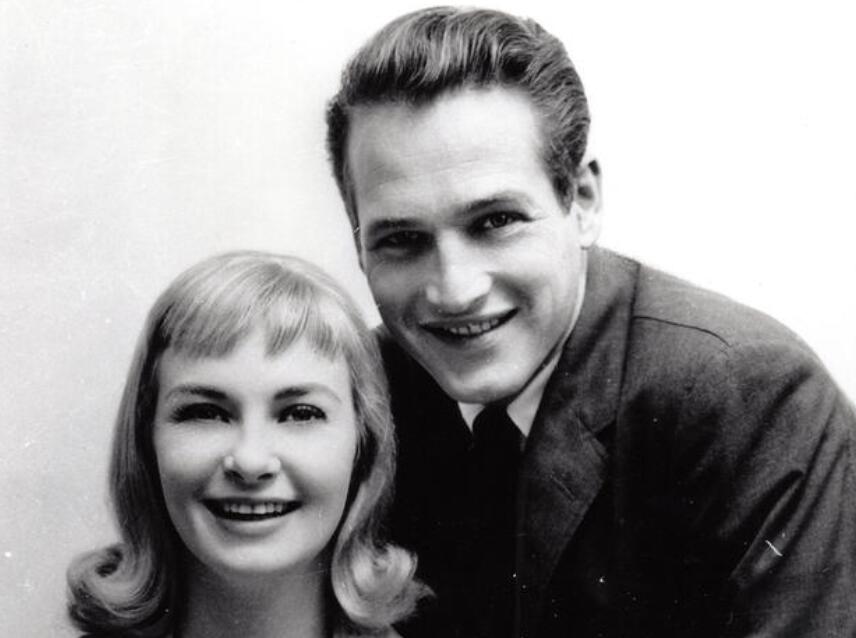 He was Paul Newman, with those fierce blue eyes and that flawless face, and a hard-earned reputation for playing flawed characters. She was Joanne Woodward, the oldest living winner of the Oscar for best actress.

Their passion for their work – and for each other – lasted half a century. Not only were they megawatt stars, they were a Hollywood anomaly: a happily-married couple.

But that part of their story is more fable than fact.

The remarkable Newman/Woodward story is told fully – and told honestly, warts and all – in a six-part documentary, “The Last Movie Stars,” streaming this week on HBO Max.

The director is an actor, four-time Oscar nominee Ethan Hawke. “I fell more in love with them as I did it,” Hawke told Turner Classic Movies host Ben Mankiewicz. “And the more you care about them, the more you want to do the story justice.”

Hawke landed the gig in a phone call from one of Woodward and Newman’s daughters: “She thought that somebody should make a documentary about her parents. And I was like, ‘Oh, definitely, that would be a great documentary.’ She’s like, ‘Would you do it?’ I remember I was like, ‘Oh, me? Why me?'”

The words of Newman and Woodward themselves form the core of the documentary.

Hawke said, “The element that the kids gave me that I knew was gold was an abandoned memoir that Paul was writing in the mid-’80s. He had his best friend, Stewart Stern, interview all the most important people in his life: John Huston, Robert Altman, and people that he worked with. And Joanne. He even interviewed his ex-wife.”

Those interviews were recorded, yet you won’t be hearing them, because in 1991 Paul Newman literally set the tapes on fire. Clea said, “The story is that he took them down to the dump and burned them.”

But he didn’t burn the transcripts. Hawke said, “I had this idea that, ‘What if I asked all my actor friends to play these parts and bring them back to life?'”

Among the cast of the documentary’s transcript recreations are George Clooney as Newman, and Laura Linney as Woodward.

“The glue that held Joanne and me together was that anything seemed possible.”

Clea Newman believes her father had a specific goal when he agreed to be interviewed: “He wanted to dispel the myth that everything was perfect, that everything came easy. That’s not the case.”

Paul and Joanne met on Broadway in 1953. Immediately, they were drawn to each other. And as Mankiewicz notes, in the beginning of their relationship, it was not a complicated conversation about who was the better actor. “Everybody thought Joanne, am I right?” he asked.

The Paul-Joanne romance began as an extramarital affair. Paul had a wife and three young children. In the documentary, Paul’s daughter Stephanie says the divorce was devastating for her mother, Jackie.

In the documentary Stephanie said, “I was a baby and had to watch my dad and stepmom ride off into the sunset with Hollywood contracts. And [my mom] wanted to be an actress. … It’s an unbearable story.”

Hawke said, “It’s unbearable from Jackie’s point of view, and I think the remarkable thing that I kind of admire about Paul Newman when he set out to do the memoir, he asked his best friend to please go interview Jackie and get her side of the story.”

Paul and Joanne eventually had three children of their own. Joanne, in one of those interviews that Paul burned, expressed her bouts of ambivalence regarding motherhood:

Woodward also said, “My children are all wonderful. I love them all, and they are all individuals worthy of being loved. But if I had to do it over again, I’m not sure I’d have children. Actors don’t make good parents.”

Hawke said, “And I thought as an actor myself, I needed to put that line in the movie.”

Clea Newman said, “I think it was very hard for her to give up something that she was so passionate about. I don’t blame her for that. But I’m still human, and I’m her kid, so … I don’t think that she felt that way later in life at all.”

Hawke said, “When they first married, she’d just won the Oscar. She’s the star! And then she had to sit and watch her husband’s career each year [get bigger]. I put in the documentary, there’s a shot of The Beatles arriving in America. They said, ‘What do you hope to do?’ And they say, ‘Meet Paul Newman!'”

Part of that fame was Newman’s considerable sex appeal, which he suggested was pure Hollywood fiction, claiming, “When people meet me, there’s that initial … Then they start to talk to me, and that sexual interest just diminishes with each passing moment.”

Woodward noted, “Only the two people who are involved know what binds that relationship together.”

Their marriage, the documentary makes clear, was a challenge. Paul’s excessive drinking was their biggest hurdle. The kids call him a functioning alcoholic. But Joanne said they worked at it together

They worked together on 16 movies, five of them directed by Paul.

Joanne directed theater. Paul raced cars. And together they were exceedingly generous philanthropists. According to Clea, they gave away “between $700,000,000 and a billion dollars. But I don’t really know.  It’s a lot. And the funny thing is, is that they probably wouldn’t want anybody to know.”

What they likely would want us to know is that they both did their finest work – and became their best selves – in the last act of their lives.

Hawke said, “I feel like we all need heroes that show the end of our life as a possibility of being the best part of our life.”

“They never weren’t holding hands, his arm around her,” Clea said. “They were so in tune with each other. It was like what a good relationship can look like after you work really hard for the tough times.”

The toughest times came quickly. In 2007, Woodward, at 77, was diagnosed with dementia. Less than 10 days later, Newman learned he had terminal cancer.

“When my father was dying, my mother, she didn’t wanna be in the room,” said Clea. “And so, we were walking around in the living room, and then she looked at me and she said, ‘I have to go to him.’ And she walked in, and just grabbed his feet, and he took his last breath. Even in death, the last person he wanted to connect with was her.”