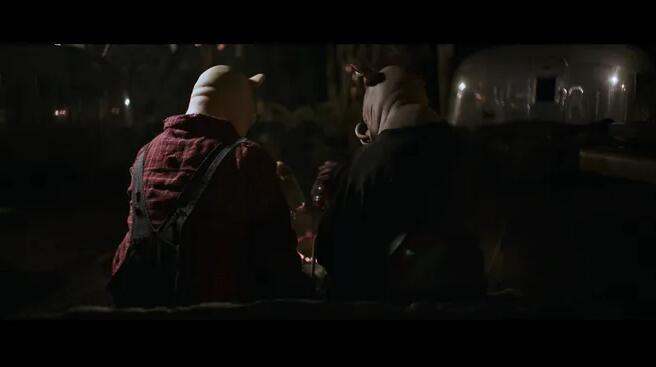 Yes, a horror movie starring an evil, murderous Winnie the Pooh is on its way. And new, first look images have now been released to USA TODAY – days after a terrifying poster for the film dropped earlier this week.

“Winnie the Pooh: Blood and Honey” is set to follow demonic versions of Pooh and his best friend Piglet as “the main villains … going on a rampage” after the two were left by a college-bound Christopher Robin, director and writer Rhys Waterfield told Variety in May.

Filming for “Winnie the Pooh: Blood and Honey” wrapped in May, Variety reported – just five months after A.A. Milne’s beloved characters of the Hundred Acre Wood entered the public domain at the start of 2022.

Obviously, this film isn’t the Disney Winnie the Pooh you might have grown up with. Once a work enters the public domain it can legally be shared, performed, reused, repurposed or sampled without permission or cost.

Disney acquired the rights to Milne’s estate back in 1961, making billions from Pooh and his friends since. The specific Disney version of the Winnie the Pooh characters are still protected under copyright – however, the company won’t be able to sue those that use A.A. Milne’s stories as inspiration or adapt the children’s book bear for new projects, according to The Motley Fool.

Winnie the Pooh and Tigger, too?Disney risks losing copyright protection on some characters

A killer Pooh, therefore, seems like fair game. Still, there’s been speculation about whether or not Disney will react as the film’s release approaches. USA TODAY contacted Disney for additional comments Friday.

A poster for the horror-comedy was also released on Thursday – depicting the film’s Pooh with a bloody sledgehammer and a gnarly Piglet armed with a knife.

“This ain’t no bedtime story,” the poster reads. A theatrical release date has yet to be announced for the film.

What’s everyone talking about?:Sign up for our trending newsletter to get the latest news of the day

People were quick to react on Twitter, with some saying their childhood was “ruined” or writing “oh bother!” – while others were looking forward to seeing “the greatest film of all time.”

Here’s a look at some of the buzz online about “Winnie the Pooh: Blood and Honey.”