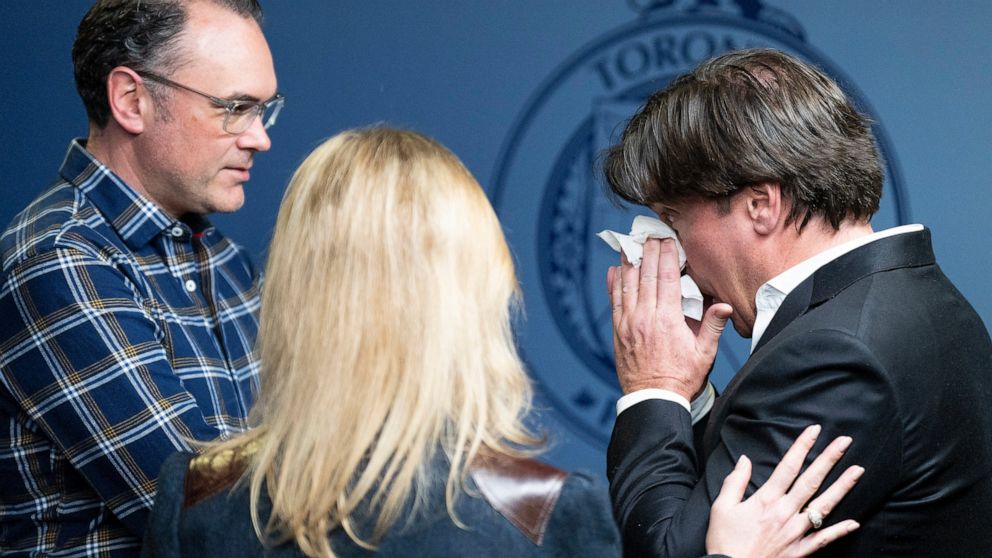 TORONTO — A 61-year-old man has been charged in the cold case killings of two women who were found dead in their Toronto homes within months of each other almost four decades ago, police said Monday.

Police Chief James Ramer said Joseph George Sutherland, of Moosonee, Ontario, was arrested Thursday and charged with first-degree murder in the killings of Erin Gilmour and Susan Tice in 1983.

Both women had been sexually assaulted and stabbed to death, Ramer said. Although their bodies were discovered four months apart, detectives linked the deaths using DNA technology in 2000, and investigators suspected the same man in both cases, he said.

Police said Gilmour was a 22-year-old aspiring fashion designer and Tice was a 45-year-old mother of four who held a master’s degree in social work and worked with disadvantaged children.

“This is a day that I and we’ve been waiting almost an entire lifetime for,” said Sean McCowan, Erin’s brother.

“It finally puts a name and a face to someone who for all of us had been a ghost.”

In 2019, genetic samples in the case were sent to a lab in Texas, where the results were cross-referenced with samples uploaded to Family Tree DNA, a Houston-based commercial genetic testing company, police said.

From there, detectives worked backwards, building a family tree of the suspect’s nearest common relatives, said Det. Sgt. Steve Smith. As they closed in on Sutherland, police served him with a warrant for his DNA to test directly against the samples recovered from the crime scenes.

Smith said the same lab had helped police in a different case, analyzing DNA samples to identify the man who likely killed 9-year-old Christine Jessop in 1984. Police said they would have charged that man with murder, but a lawyer for the Jessop family said he died by suicide in 2015.

Smith said Sutherland had not previously been a suspect or person of interest in the deaths of Gilmour and Tice, and that police would not have connected him without the DNA technology.

Toronto police said they will now investigate whether Sutherland is connected to any other unsolved cases from the past 39 years. Detectives are also reaching out to police services across the province where the man might have lived or visited, Smith said.

Officers with the Ontario Provincial Police arrested Sutherland without incident on Thursday in Moosonee. He is next set to appear in court on Dec. 9.

Smith said Sutherland was living in Toronto at the time of the deaths. He said there is a publication ban on the case and declined to release more details.