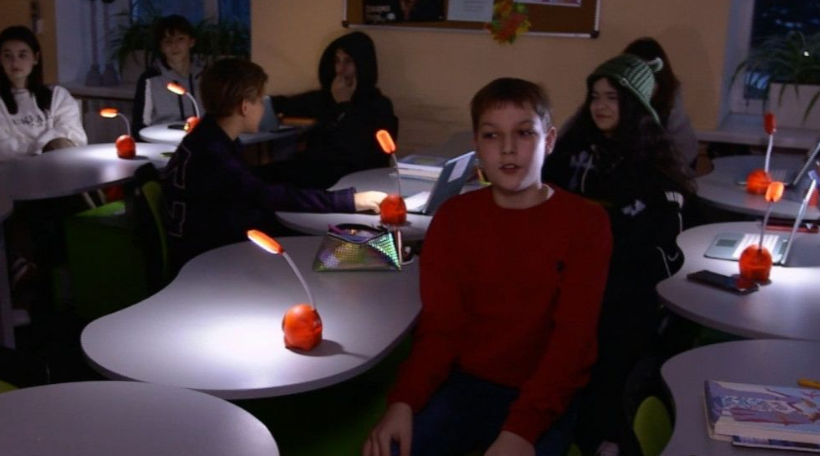 Ukrainians say going about their daily lives has become an act of resistance.

KYIV, Ukraine — At one school in Kyiv, students and teachers are continuing to go to class, even in the dark, doing their schoolwork with the help of flashlights.

“We don’t care, if it takes months and years without light — we still continue,” said 16-year-old Egor Egorenko.

While large parts of Ukraine are plunged into darkness amid rolling blackouts following Russian attacks on its energy grid, Ukrainian defiance appears to be shining as brightly as ever.

Power crews are continuing to work overtime on the new frontlines in an effort to keep the lights on.

“There were emergencies before. But before they were rare and for brief periods of time, now we have emergencies every day,” said Oleksandr Danilyuk, an employee with Ukraine’s main energy company. “I just worry that [Russia will] finish destroying all our infrastructure, so that people are left completely without power.”

Just going about their daily lives has become an act of resistance, some Ukrainians told ABC News.

“Our soldiers they are fighting in the terrible trenches, and our idea is to fight here, with the help of maybe a piece of chalk, but we are fighting,” said Volodymir Dmytriev, school principal and history teacher.

“We know that spring will come, and we will be the winners,” he1 added. “As for our students, they have only one duty: to study to rebuild and build free independent Ukraine.”

Shops are also powering through — at one pharmacy, staffers continued to work with headlamps, undeterred. And there were no empty seats at a classical music concert in downtown Kyiv, where the stage was lit only by candles.

“In my opinion, these concerts are exceptionally important right now,” concert organizer Oleksandr Pescherytsia said. “They’re for people who are afraid, who had their safety and peace of mind torn away from them, so it’s important to keep the light and warmth in people’s hearts alive. Nothing does it better than music.”

Kyiv resident Maksym Kondratovych has gone to great lengths to brace for a worst-case scenario, telling ABC News he’s basically camping in his own apartment. He stocked up on everything from equipment to filter and boil water, camping food — including dried borscht — glowsticks, flashlights and dry showers. And he has a sleeping bag at the ready for when it gets too cold.

And 10-year-old Ruth Gorshkova is determined to continue attending her guitar lessons no matter what happens next, even if that means playing in near total darkness. She told ABC News it’s her way of standing up to the Russians, that it helps her forget about the war and that when she plays, “with no lights, I have a light in my heart.”