The geometry of abstraction by artist Sean Scully 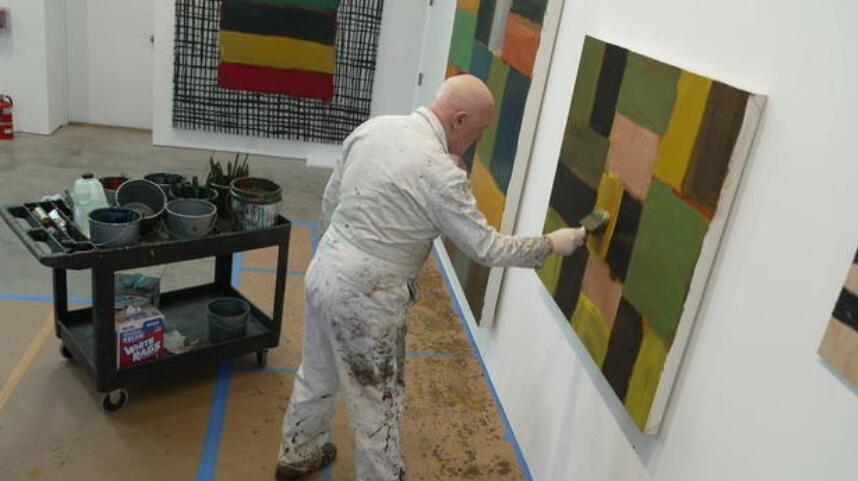 Chances are when Sean Scully paints, it will look something like this: geometric, colorful grids, stripes woven together, his signature style.

“I use very simple structure,” Scully told correspondent Serena Altschul. “But how I paint it and what kind of personality it has at the end is unknown to me.”

Why stripes? “It’s so neutral, so old, it’s archaic,” he said. “You basically have to wake it up, or you have to transform it. I’m trying to give it some sort of spirit.”

This year alone, Scully’s stripes will be the subject of 13 solo shows around the world, the largest among them a retrospective at the Philadelphia Museum of Art. It follows the evolution of the 77-year-old artist, now widely ranked as one of this century’s greatest abstract artists.

Scully’s personal history however, is less linear than his works.

Born in Ireland and raised in London, Scully says he grew up in poverty, briefly belonging to a street gang as a teenager. Yet, he found a way to night school, where he was drawn to painting – and one work in particular: “Van Gogh’s Chair,” by Vincent Van Gogh. He said, “I found a painting that I thought was so crude that even I could do it – a chair that you can find in a junk shop. It was nothin’ fancy about it. The whole thing was inhabited with humility and devotion. And that touched me very deeply.”

Soon after, the framework for his own style began to line up, when inspiration struck again while visiting Morocco. “I went making scribbly paintings, and I came back with stripes. It was [snaps fingers] just like this.”

“I imagine all the mosaics and the geometry?” asked Altschul.

“It was exotic geometry.”

In his Tappan, New York studio, Scully continues to reinvent those lines, finding inspiration in nature and even other works of art.

More recently, during the height of the pandemic, he incorporated black squares. He said, “I set it inside an abstract landscape. So, this was a way of saying, ‘I don’t know what comes next. None of us knew what comes next.'”

Scully’s works are celebrated internationally, and even though some have fetched millions, Scully hoards hundreds, which he keeps in five warehouses. “If I like something, or I can still learn something from it, I don’t want them going out,” he said.

Yet, like his paintings, it’s all still a work in progress.

“Ah yes, the legacy question! I’m very committed to putting some depth and soul and emotion into art, hoping that would be useful to people,” Scully replied. “My legacy will be what people want it to be.”