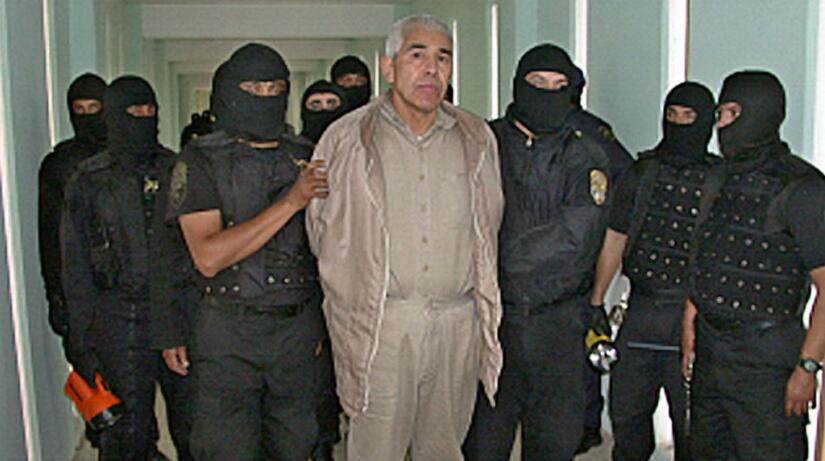 Caro-Quintero, the former leader of the Guadalajara Cartel, has been wanted over his alleged involvement in the kidnapping and murder of Drug Enforcement Administration Special Agent Enrique Camarena in Mexico. Camarena’s capture and torture were dramatized in the Netflix show “Narcos.”

Caro-Quintero has been on the FBI’s 10 Most Wanted Fugitives list since 2018. In addition to the kidnapping and murder of a federal agent, he was wanted for violent crimes in aid of racketeering, among other alleged federal violations.

The FBI was offering a $20 million reward for information leading to his arrest or capture and warned that he should be considered “armed and extremely dangerous.”

Caro-Quintero was convicted in Camarena’s murder and had served 28 years of a 40-year sentence before he was unexpectedly freed from a Mexican prison in 2013 after a Mexican federal judge ruled that he had been improperly tried in federal court, rather than state court.

Caro-Quintero allegedly is involved in the Sinaloa Cartel and the Caro-Quintero Drug Trafficking Organization in the region of Badiraguato in Sinaloa, Mexico, the FBI said.

It wasn’t immediately clear whether Caro-Quintero would be extradited to the United States.

Word of the capture comes just days after President Joe Biden met with his Mexican counterpart in Washington, D.C.